By: Mike McTeeResearcher
and Craig Jourdonnais
We see a lot of hunters around here. Most claim to be good shots, but many would benefit from more practice at the range.

We wrote this post to stress the importance of marksmanship. But instead of writing an essay about how hunters owe it to their quarry to shoot well, or give tips on shooting technique, we frame our ideas around descriptions of seven stereotypical marksmen. We added a dash of irreverence too. This is satire. 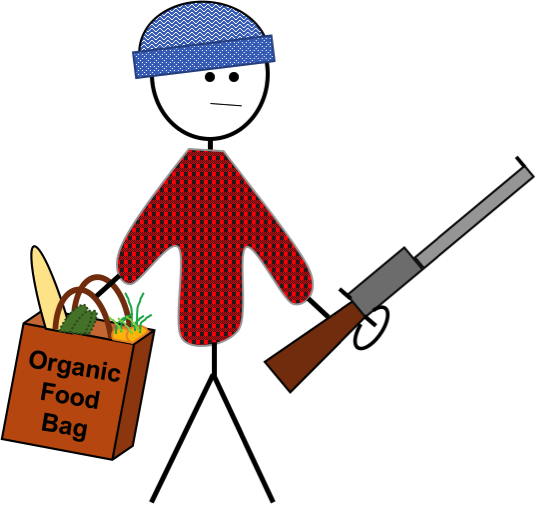 Locavores are often new to hunting culture, so they borrow a rifle and wool cap from their roommate who cashiers at Whole Foods. They prepare for hunter education by meditating on their favorite passage from A Sand County Almanac: “[Some hunters shoot] with more excitement than accuracy.” Already concerned about the ethics of eating meat, locavores fear wounding an animal, so they only take the closest shots. Following the hunting season, they write blog articles describing the spiritual aspects of shooting their first white-tailed doe.
Marksmanship Rating: 7/10 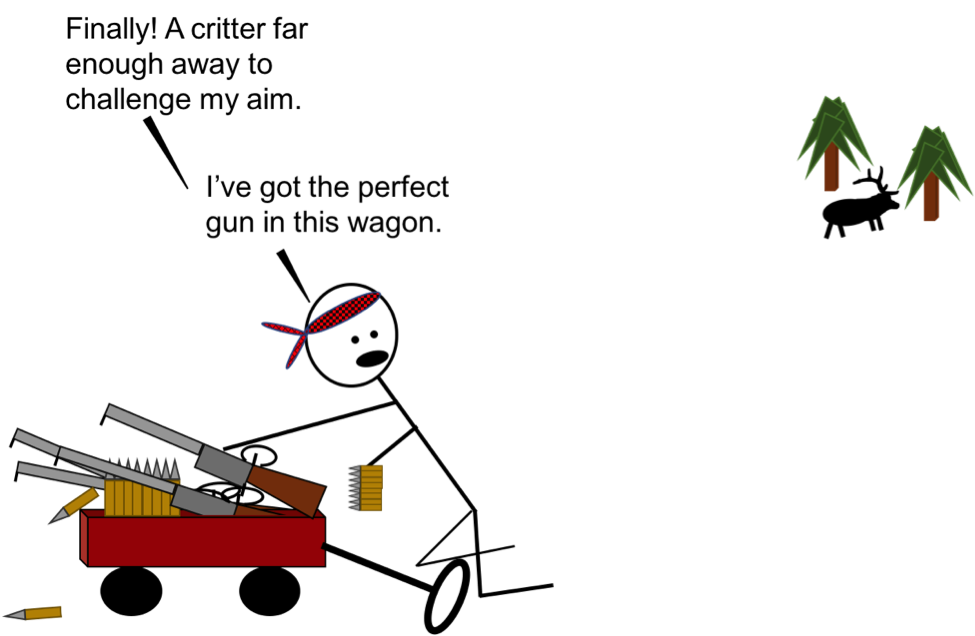 Gun nuts have a fondness for American built trucks and the NRA. They frequently home school their kids and own at least one assault rifle purchased during the Obama Administration. Gun nuts understand ballistics and excel at long range shooting. They hunt mainly to field test their aim. You might even hear them say, “See that whitetail three ridges over? It’s 663 yards away. I’ll bet you a case of Keystone that I drop it!”
Marksmanship Rating: 10/10

Be careful around the casual hunter. Most years, this hunter shoots more bullets at animals than at targets at the range. You still hunt with this person because they’re fun, but unfortunately, they’re casual with firearm safety too. If you ever witness an accidental discharge, it will be with them. When they find an animal in their sights, their finger gets twitchy on the trigger but their confidence remains high. Casual hunters are consistently voted most likely to shoot at running elk. Downside: Wounded animals. Upside: They’re out of ammo and you’re still alive.
Marksmanship Rating: 2/10

Juggling soiled diapers and investment portfolios, weekend warriors don’t have much free time. They squeeze in shooting practice before meetings with clients and after they drop their oldest kid off at soccer practice. They know that gaining confidence with their gun is critical because they might only get one shot per hunting season. Plus, they’ve seen what happens when hunters skimp on range time (see Casual Hunter).
Marksmanship Rating: 8/10 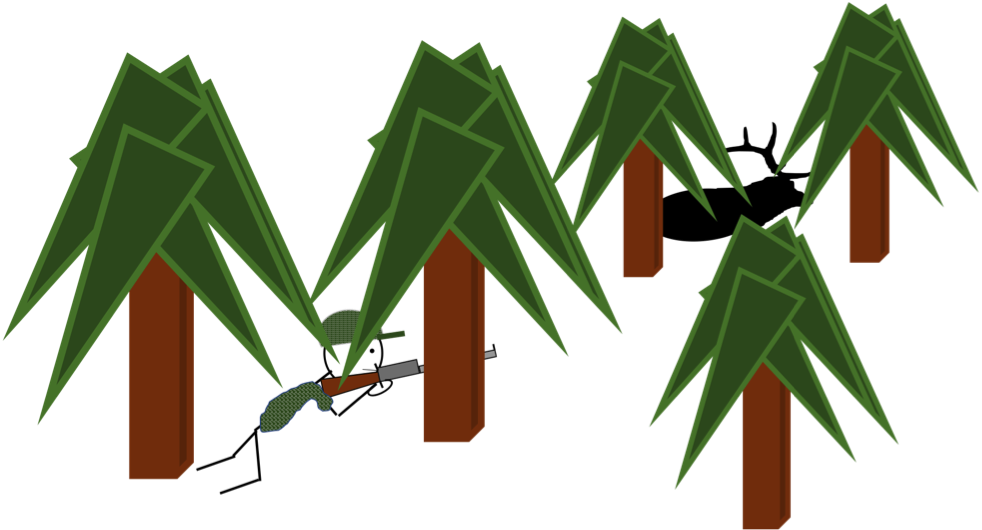 Lifestyle hunters practice turkey and elk calls in their car and shoot their rifles more often than you clip your fingernails. They’ve memorized the bullet drop of several rounds, practice from all possible shooting positions, and gain inspiration from watching reruns of MeatEater. They tag out before you and will continue to do it until you emulate them and prioritize hunting over your job and family.
Marksmanship Rating: 10/10 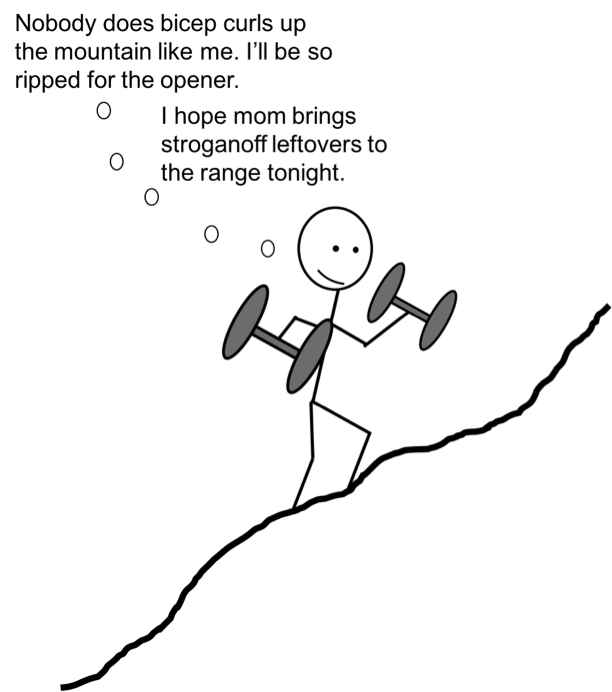 These kids are addicted to hunting. They imagine themselves as Navy Seals, but with game bags and a bottle of elk urine. Up-and-comers sandwich range time between thrashing their pecs and glutes at the gym and reading American Sniper. If they remain on course, they will become a lifestyle hunter. If they really get the fever, it’s headfirst toward gun nut. But once the orthodontist removes their braces, the temptation of teenage romance sometimes lures them to the path of a weekend warrior.
Marksmanship Rating: 9/10 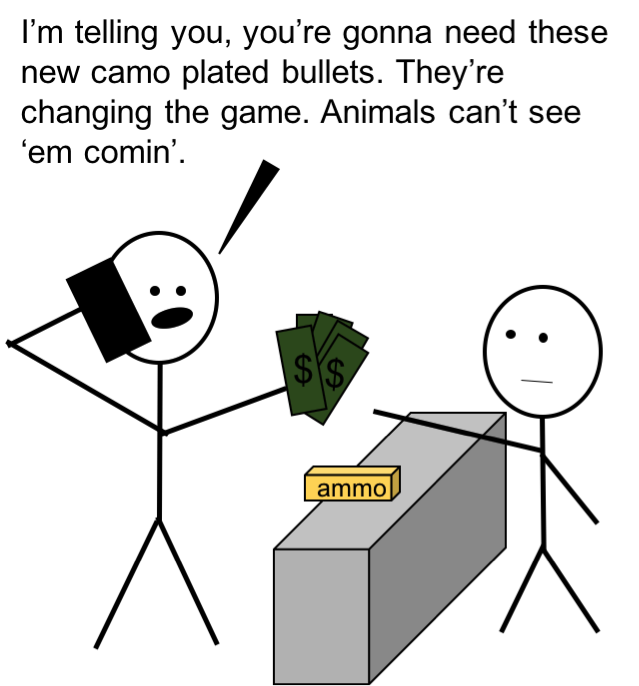 Gear-junkies spend more time shopping for hunting gear than using it. They know they should shoot more often, but instead, they call friends to discuss trivial matters, such as whether gaiters should be shin high or knee high. When they do go to the range, they shoot half a dozen rounds and pack up. Why? It looks like it might rain and they forgot their gaiters.
Marksmanship Rating: 5/10