Technicians from Raptor View Research Institute and the MPG Ranch counted migrating raptors from September to November. Impressive numbers of Turkey Vultures (1089), Red-tailed Hawks (816), and American Kestrels (310) moved through (Figure 2). Counters also documented 41 Broad-winged Hawks, a species that does not breed in Montana but apparently passes overhead during migration. 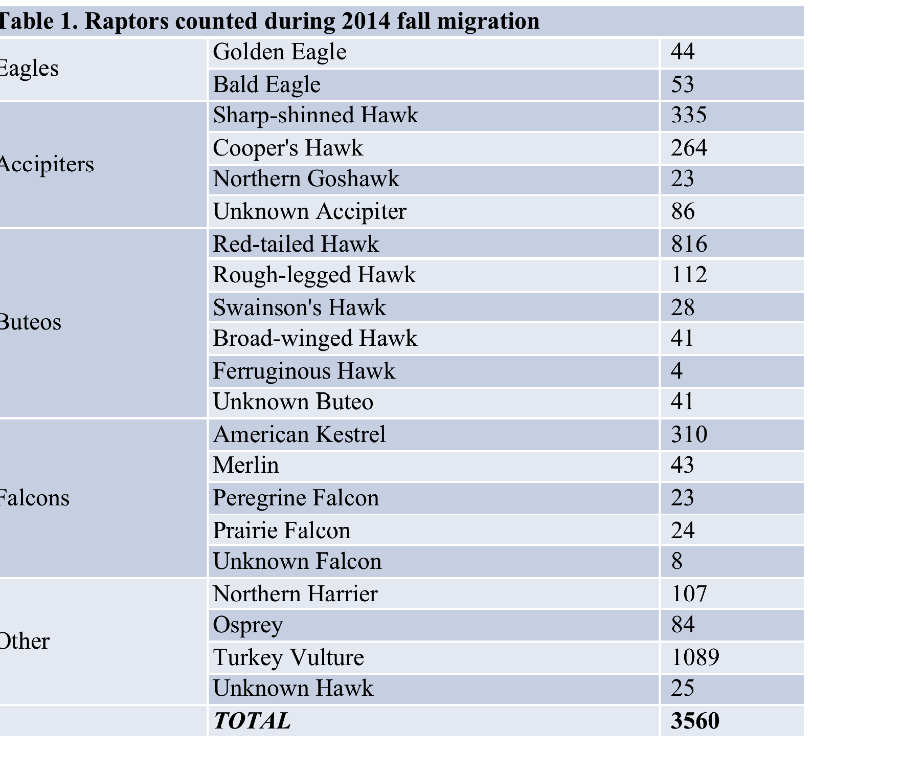 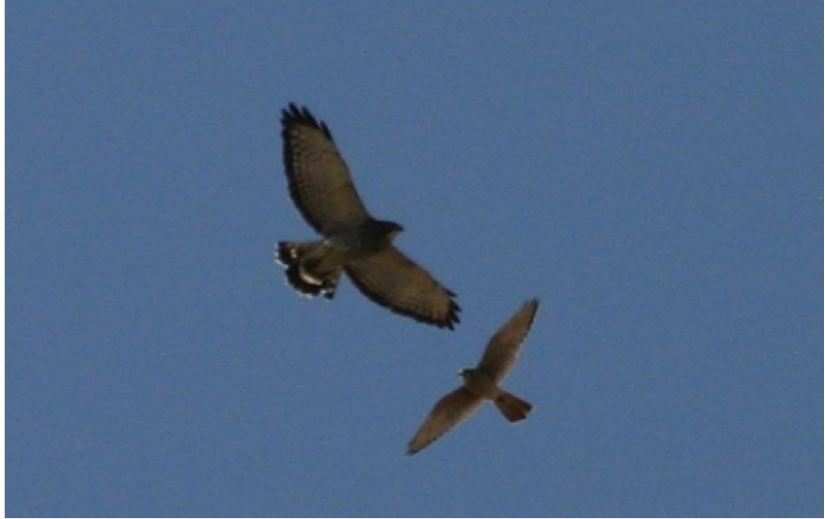 A Broad-winged Hawk (left) and an American Kestrel (right) circle above the count site. 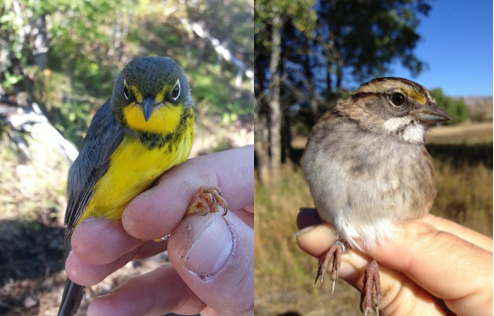 MPG Ranch staff captured 38 Northern Saw-whet Owls and used radio telemetry to track their migration route south through the Bitterroot Valley. Most owls travelled through the foothills on the east and west sides of the valley. Many exhibited multi-day stopovers as they migrated. We tracked one owl over 50 miles; its greatest movement in one night was 26 miles. 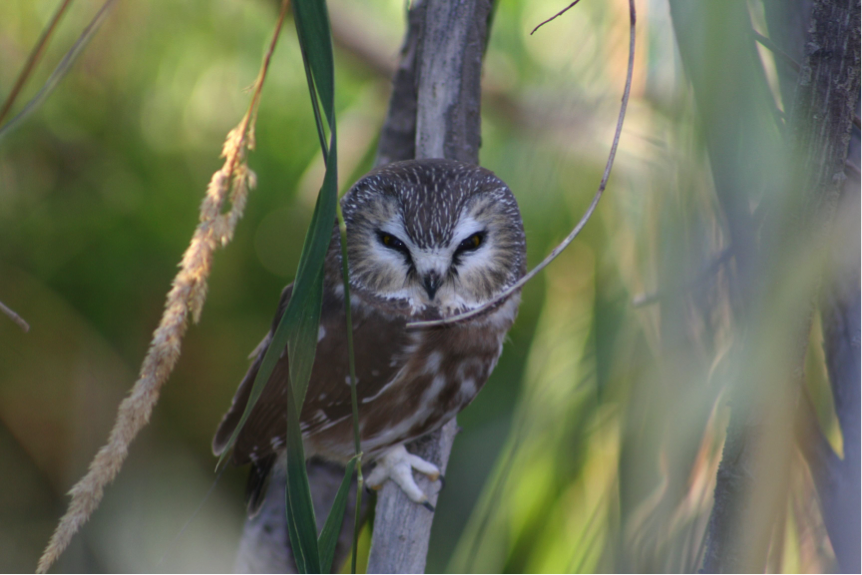 The MPG bird crew mapped the locations of birds in three shrubby draws for 12 weeks from mid-August until the end of October. We mapped precise locations for 3446 birds of 75 species. Top species included Vesper Sparrow (409), Chipping Sparrow (367), Yellow-rumped Warbler (237), and White-crowned Sparrow (216).

What’s next for the bird crews? MPG Ranch staff will be surveying winter raptors throughout the Bitterroot Valley for the next four months. We will also perform point counts on low-elevation and floodplain sites on the MPG Ranch. We will document winter birds using several shrubby draws. Raptor View Research Institute will be trapping Golden and Bald Eagles beginning in December. We will also be busy planning our projects for next year!