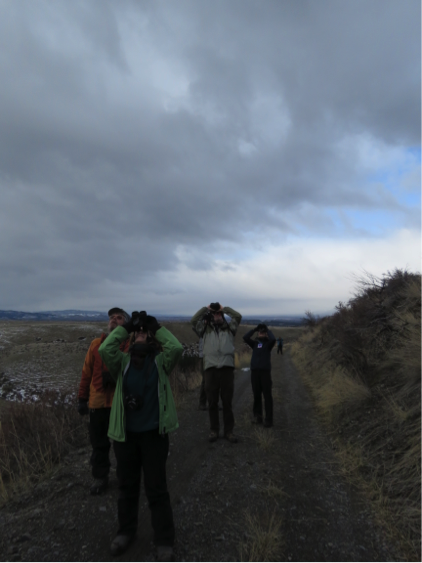 On the MPG Ranch, we split 19 participants into three groups and birded several different habitat types. We all agreed that the birding seemed slow compared to previous winters. We still counted 35 species. Our most unusual species included an early-arriving Say’s Phoebe, a Barrow’s Goldeneye, and a lone Snow Bunting. 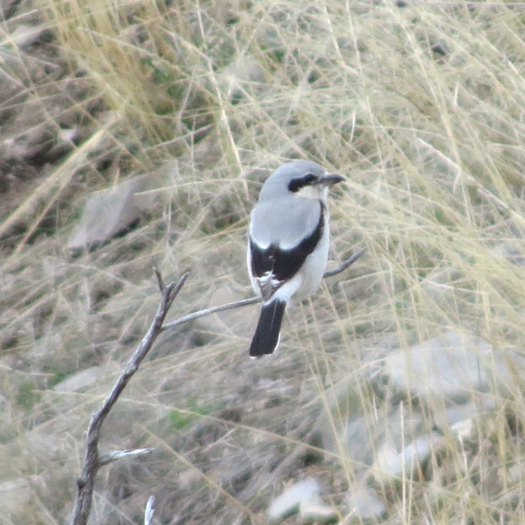 Northern Shrikes breed in the far north, and only visit us in the winter. Photo Nicholas Ramsey