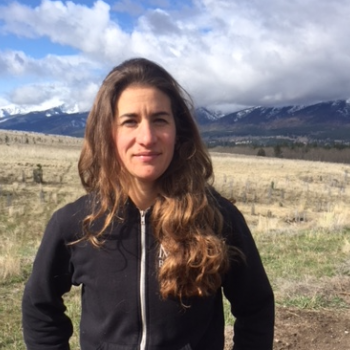 Kelly LaFlamme
Ecology Research
Kelly LaFlamme graduated from the University of Wisconsin-Superior with a BA in Sociology. She worked in social services for four years before shifting her focus toward a job that would honor her love of the outdoors. She travelled to Canada, where she spent a season helping to care for and train sled dogs, and then she returned to Missoula and joined the team at MPG.

After four seasons as a field tech, Kelly now works in the field and the lab at MPG. She assists with projects relating to invasion, drought and fungal communities in the soil.

In her free time, Kelly enjoys climbing, camping and roaming with her dog.