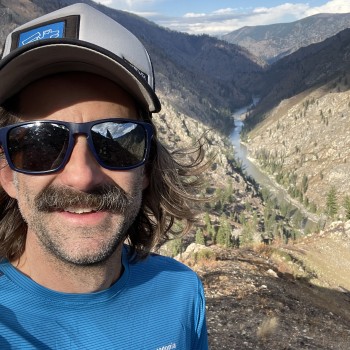 Nicholas Franczyk
M.F.A.Technology Director
Nicholas achieved a B.S. in geology from the University of Montana, Missoula, later earning an M.F.A. in media arts. Nicholas remained in Montana, far from his native Wisconsin, to work as a video editor, making action sports films and hunting & fishing TV shows. His editing work has earned many film festival awards around the globe, including best picture at the Jules Verne Adventure Film Festival.

Currently, Nick is applying his talents at MPG Ranch to oversee remote camera management, video production and tech support. In his free time Nicholas enjoys time with his family, paragliding, whitewater kayaking, skiing and mountain biking.
There are currently no posts by this author.