Research Methods:
acoustic monitoring
Between 2012 and 2020, we collected 185,000 hours of flight call recordings to study how songbirds migrate at night. If one person worked 40 hours a week, it would take them at least 85 years to review all the recordings by hand. This assumes the reviewer takes no breaks and listens to the audio playback continuously without stopping. No reviewer could sustain that workflow. So how do we review our recordings as quickly and accurately as possible? We combine human and artificial intelligence. 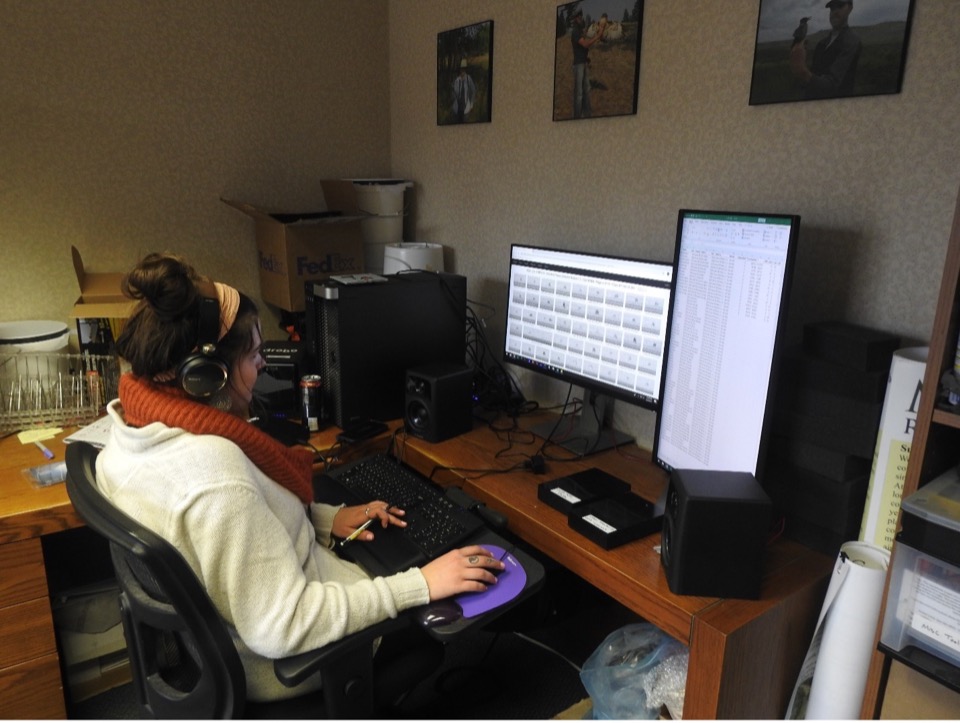 Artificial intelligence describes how a computer program can think and learn like the human brain. We worked with the software developer, Harold Mills (human intelligence), and customized his free software, called Vesper, to process our nocturnal recordings (artificial intelligence). Harold “trained” Vesper to extract bird calls of interest, incorporating thousands of examples we previously identified. Vesper reduces years of recordings to short clips of sound that match the training samples. The software processes recordings about 150 times faster than a human, but our eyes and ears still do a better job of picking out the correct sounds. So, after the computer identifies the sounds it thinks we want, we review the results and correct any mistakes.

This screenshot from Vesper shows the sound clips identified as bird calls of interest. The software got some right (displayed in red), but it also included calls from elk and juvenile Great-horned Owls. These sounds were misidentified because they fall within the same frequency range and time frame as some of our migratory thrush species.

In 2019, we switched from older to newer programming. The change improved the computer’s accuracy to pick out the correct bird calls while also finding more calls of interest. The old method, developed 20 years ago, was based on recordings from the eastern US. The new one uses our recordings from western Montana to train Vesper. We ran all of our recordings using both the new and old programs and compared how each performed. The older process identified 37 million calls. The new one found many fewer, with just under 7 million.

The new method detects more flight calls and excludes non-target sounds better than the old method, cutting down the amount of time required to verify the results.

Why the big difference between the two methods? Most of the sounds detected by the old method represented calls from animals we do not want to study. Elk bugles, hungry owlets, and chirping crickets clutter our recordings and confuse the software. The new method is “smarter” and has eliminated the review of 30,000,000 sound clips, saving an estimated three years of work.
Vesper software testers from all over the United States volunteer with us to provide feedback as they process vast amounts of their data. As their participation grows, Vesper will continue to improve, helping researchers learn about how birds migrate at night.
You can find more information on Vesper here: https://vesper.readthedocs.io/en/latest/ 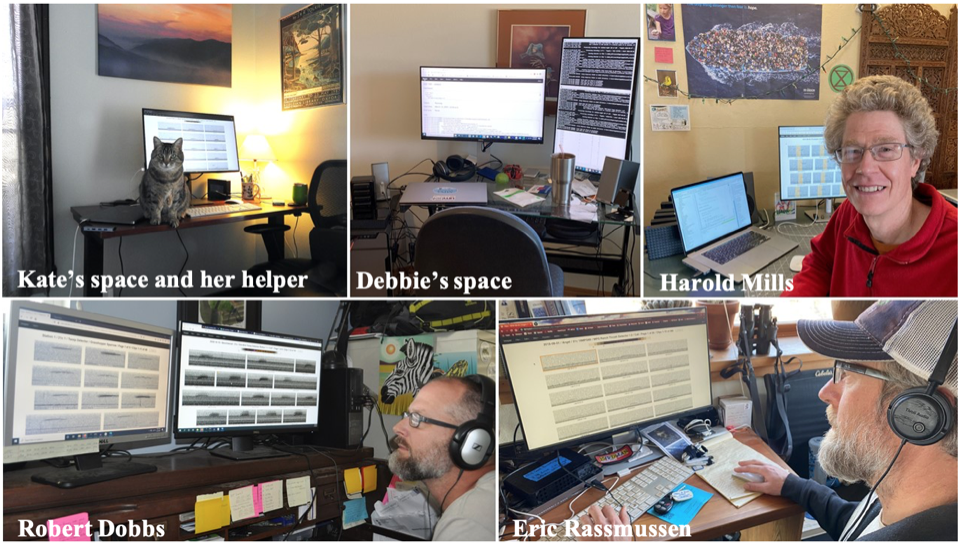 We now have a small team of people using Vesper, who work from their customized­­­­ workspaces.

Debbie graduated from the University of Wisconsin-Madison with a degree in pharmacy. She worked several years in traditional pharmacy and 10 years in the pharmaceutical and biotechnology industry. A passion for birds led her away from pharmacy and towards avian-related research projects and fieldwork in Idaho, Montana, and Wyoming. In 2011, she received a certificate from the University of Montana in Geographic Information Systems (GIS) Sciences and Technology, though her favorite elective class was ornithology.

At MPG Ranch, Debbie leads the avian and bat acoustic monitoring project, conducts year-round bird surveys, and performs GIS-related analyses and mapping tasks. When not behind a pair of binoculars or a computer screen, she enjoys anything outdoors especially if it involves birds or snow.