By: Mary Ellyn DuPre Community Ecologist
and Ylva Lekberg and Jeff Clarke
Climate change will increase the frequency and duration of drought, a phenomenon that may alter terrestrial ecosystems' productivity and function. This year, MPG Ranch has joined the Drought-Net experiment, a global effort to understand better the effects of severe drought on various ecosystem types. There are currently 175 Drought-Net projects covering six continents.

Jeff Clarke and members of the field crew assemble the rainout shelters on a cold spring morning.

A few dominant plant species at this site include rough fescue, Idaho fescue, and silky lupine (photos below).

The study site in early summer 2020 when the plots were selected and surveyed for vegetation cover. 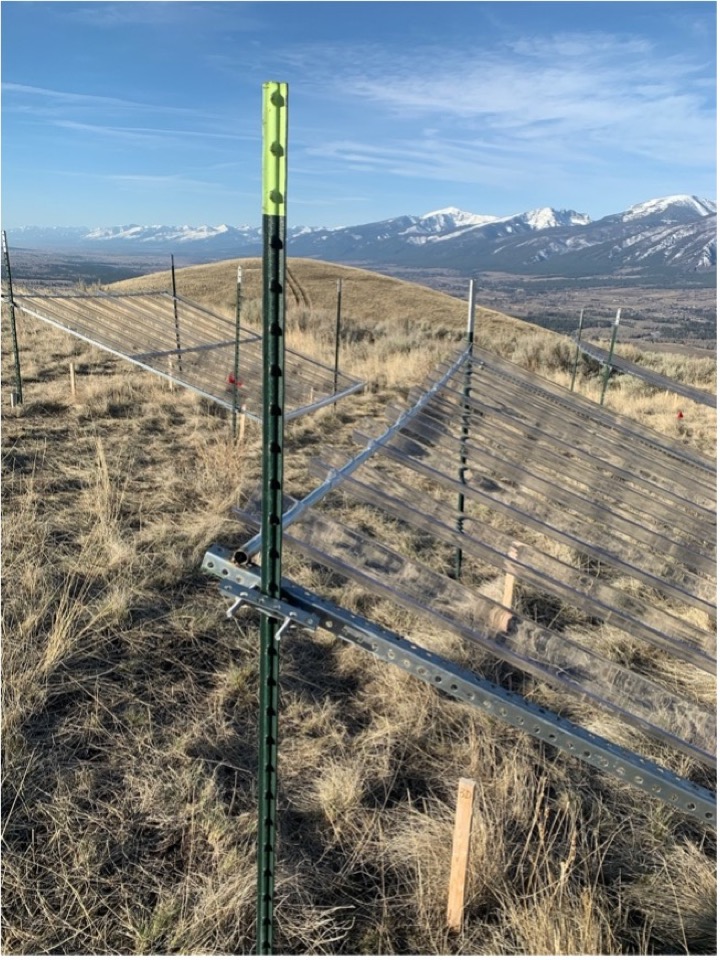 Rainout shelter installation is complete and ready for monitoring.

Mary Ellyn graduated from East Tennessee State University in 2013 with a B.S. in Biology and a concentration in plant sciences. She moved to Montana in 2014 to pursue a career in plant ecology and worked for the U.S. Forest Service and MPG Ranch as a seasonal field botanist. In 2020, she completed her M.S. in Land Resources and Environmental Sciences at Montana State University where her research focused on investigating the impacts of crop diversity on insects, weeds, and soil microbial communities in an agroecosystem located northcentral Montana. This experience allowed her to study the inner workings of ecosystems and inspired her to continue studying ecology in natural ecosystems at MPG Ranch. In her spare time, Mary Ellyn enjoys gardening, hunting, fishing, and cooking.