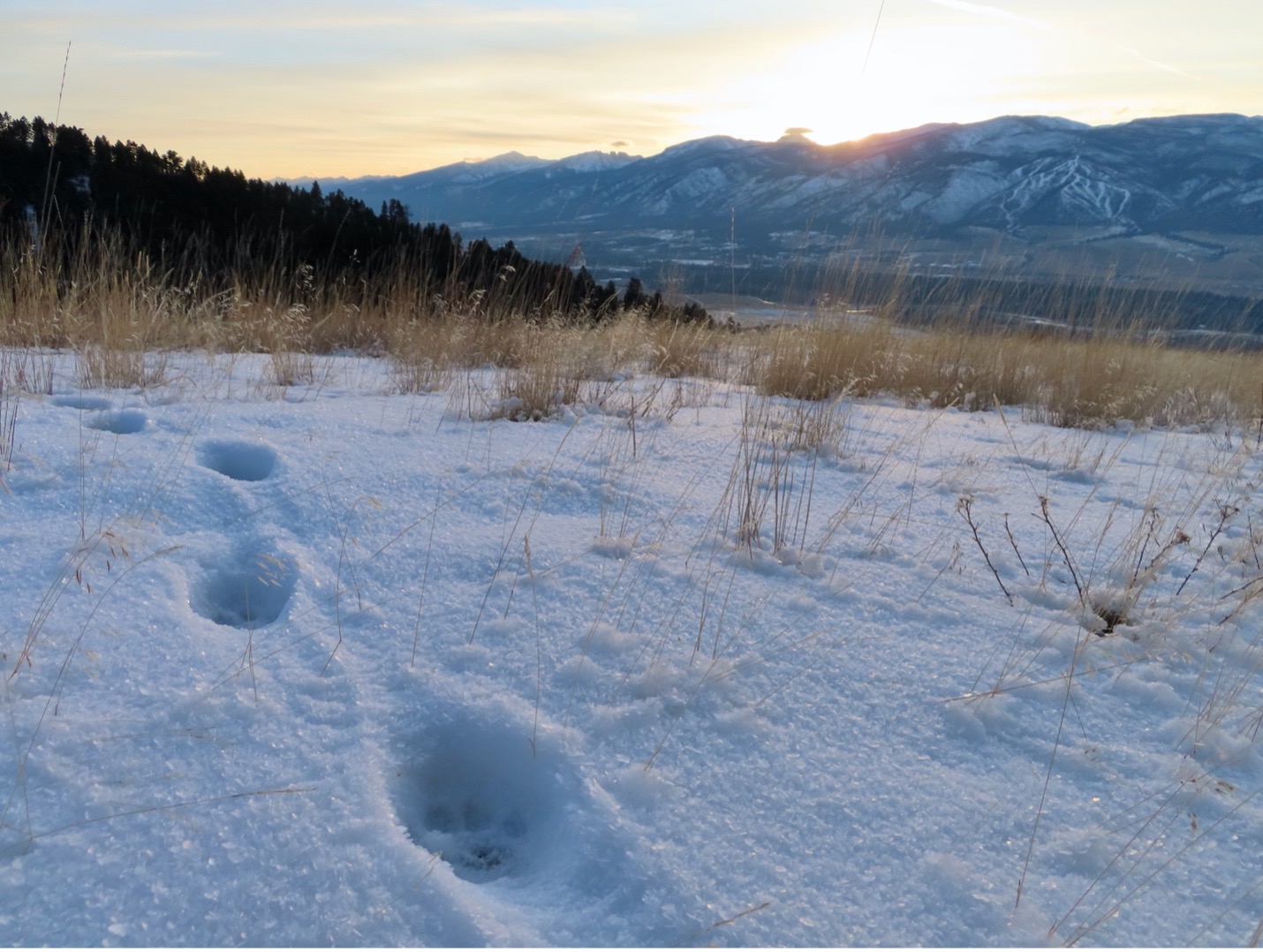 In early January 2021, I followed cougar tracks into an active kill site. A few days before, I was in this area and saw the prints of two individuals, one larger, one smaller. The larger had a pronounced limp and was bleeding from her paw. Killing elk is a risky way to make a living, even for a female in the prime of her life. 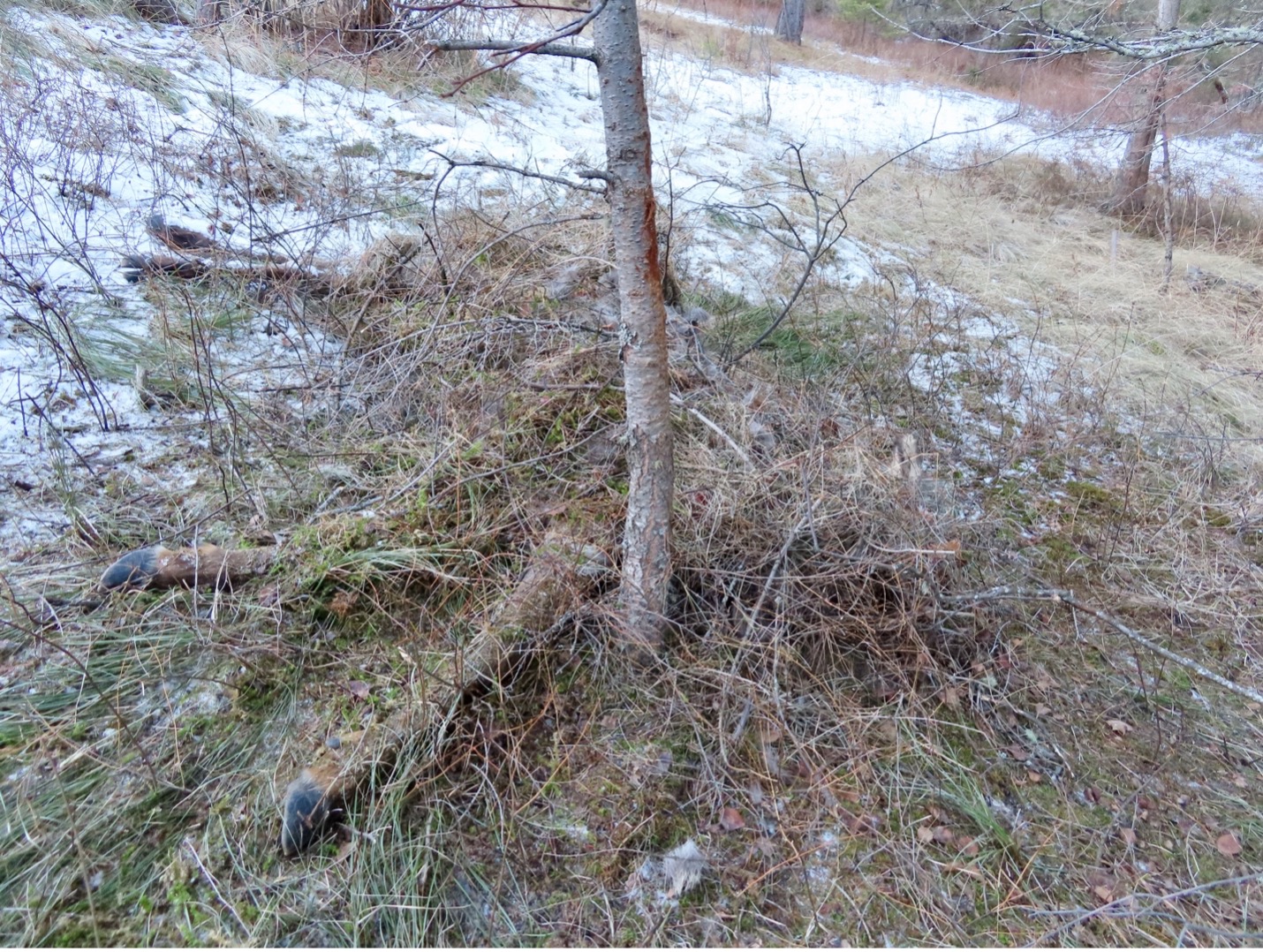 The cow was well cached and nearly invisible under the grass and ponderosa duff. Thrilled at the good fortune of finding such a fresh kill, I alerted the filmmakers. The cats would be back, and with luck, we would capture high-quality footage using remote cameras.

Filming North American mountain lions is difficult at best. Filming an uncollared, wild population is next to impossible. Most sane videographers go to the preserves of South America, where pumas are accustomed to humans and permit the paparazzi to get in close. Not so with their North American relatives. Here, the advantage of a GPS collar would allow us to know a cat’s location and help us to be in the right place at the right time. But our study is non-invasive, which means no collars and no location data, just tracks, kill sites, and crossed fingers that the remote cameras do their job, and the cougars cooperate.

The collaboration between Colin Ruggiero (a local filmmaker working with MPG on a cougar film), Joe Pontecorvo (working for PBS on a documentary that needed cougar footage), and Jordan Hoffmaster (MPG’s videographer) allowed us to deploy numerous cameras in various locations. We could film dens and multiple kills simultaneously and increase our chances of success. We were all-in on this site, using several cameras to cover the area. Mountain lions are surprisingly tolerant, and the images delighted us. 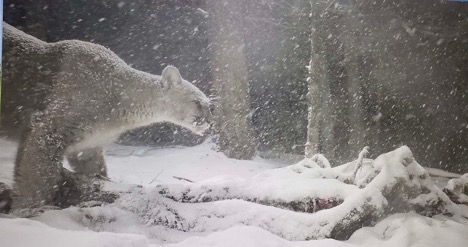 Our luck didn’t end there. We noticed two individuals, the same I had tracked, on the kill together.

I initially thought they could be a mother with a juvenile kitten close to dispersal age, but the tracks were misleading and inconclusive. Sometimes the smaller individual was with the larger one, and sometimes on her own. If she wasn’t directly with the larger cat, she was certainly following her. 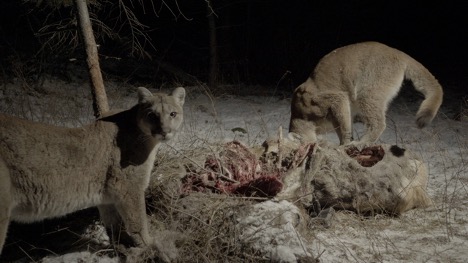 The DNA confirmed that the larger mountain lion (on the left in the photo above) is F9 or Sula to those who know her. F9 was born in the fall of 2015 and is the first offspring of F2 or Willow. The smaller cat is F27, another kitten of F2 from her third and very large litter (see last year’s report: https://www.mpgranch.com/research/large-family-groups-and-resource-shari...). She was born in the fall of 2018. They are half-sisters, sharing a mother but with a significant age gap.

Throughout this study, we’ve recorded resource sharing between nonrelated individuals on three occasions leading up to this event. Though F9 and F27 are related, they are not from the same family group. These two cats further illustrate the complexity of the social relationships of mountain lions. It’s a fascinating area of study, and we continue to learn more with each season in the field.