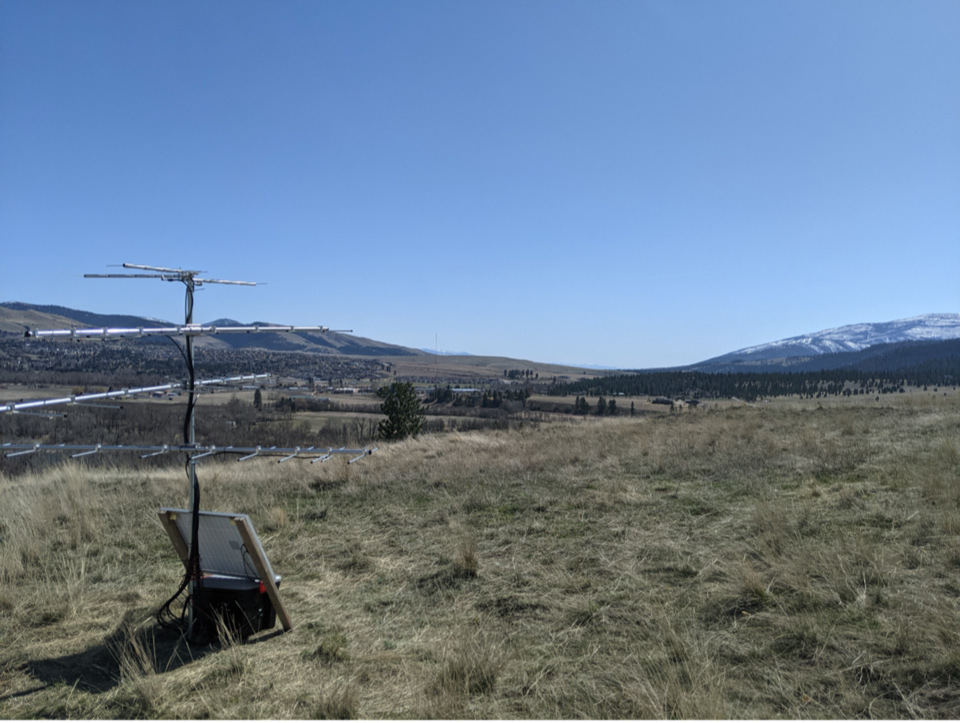 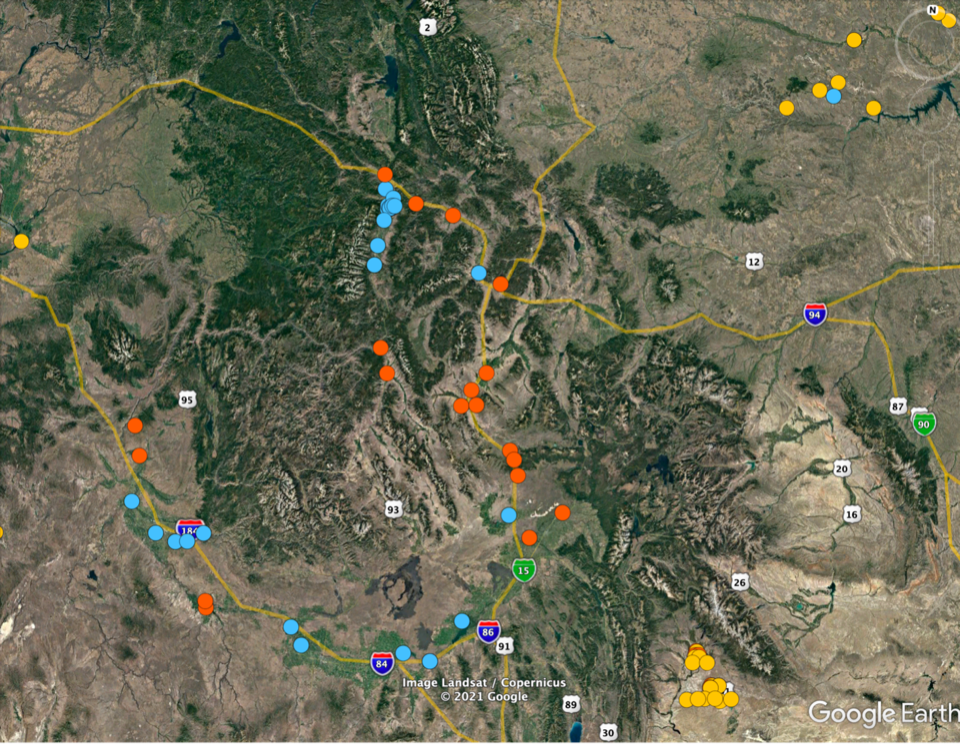 Our major expansion efforts this year started locally. Despite having a dense Motus coverage in the Bitterroot Valley, our IWC network didn’t have much coverage to the east or north. Last week, we installed our first Missoula Motus station at McCauley Butte. The antenna range encompasses the entire Missoula Valley to the north, east, and south. 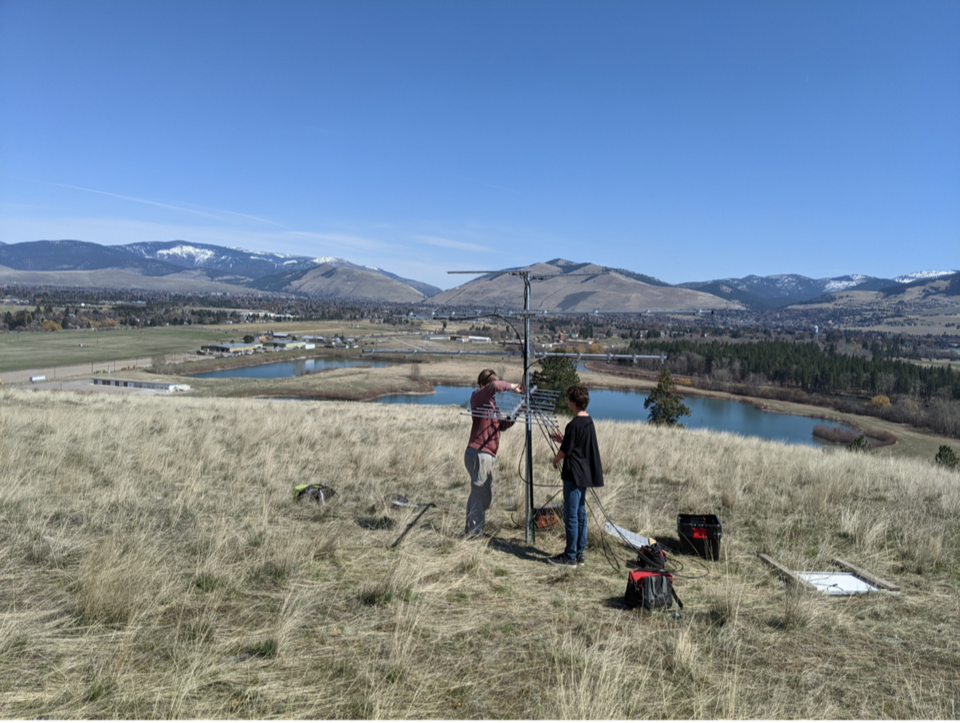 Students from Learning With Meaning helped install the Motus station at McCauley Butte, Missoula, MT. The station’s detection range will include Fort Missoula and the city of Missoula (both in the background).

In the coming weeks, we will expand our coverage outside of Missoula. Our prospective sites include Evaro Hill to the west and along the Clark Fork River to the east, first near Rock Creek and then by Drummond. 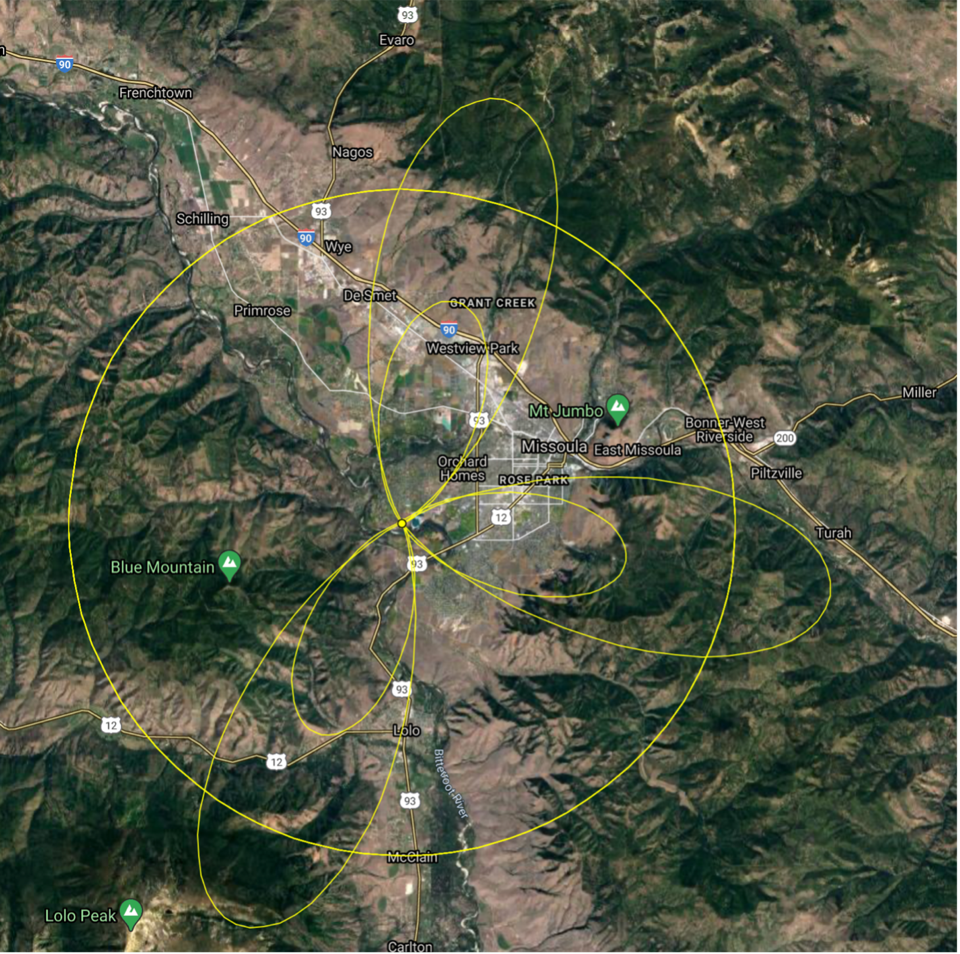 This map demonstrates the approximate antenna ranges of the McCauley Butte Motus station. The lobes represent different antennas with varying capacities. The long lobes are 20 km long (12.4 miles), and the shorter lobes are 10 km long (6.8 miles).

Many of our tagged birds leave MPG Ranch without being detected again. We don’t plan on detecting all tagged wildlife, but we do know several birds tagged at MPG Ranch were recorded farther east than we expected. Some of them ended up in Missouri, Michigan, Louisiana, and Florida. To fill this easterly gap, we plan to expand our Motus network in southwest Montana along interstate I-15. 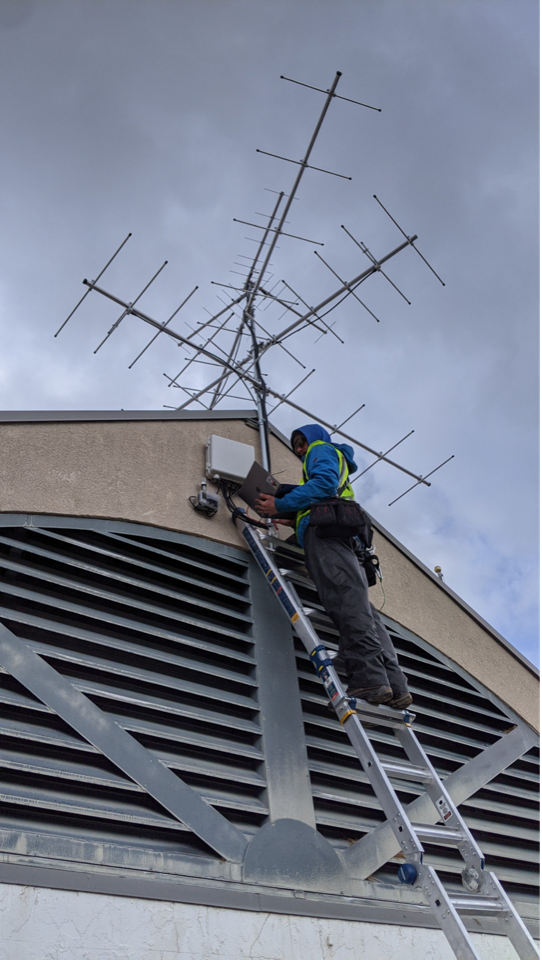 We hope to continue working with Idaho Transportation Department to install more Motus stations at rest areas and other structures on interstate highways. In this photo, I’m installing a station at the ITD-Cold Water Rest Area on Interstate I- 84 outside American Falls, ID.

We extend a warm thank you to the McCauley Butte landowner, Annie Graham, founder and director of Learning With Meaning. Another special thank you goes to the volunteers and students who helped with this project and to Dan Mummey from MPG Ranch, Jenny Toffelson from Five Valley Land Trust, and Edward Monnig for facilitating all communication and agreements for this site.

At the Cold Water Treatment ITD Motus station, we would like to acknowledge everyone at ITD, including Alissa Salmore, Greydon Wright, Trent Hansen, and crew for their help.