As birds returned to the Bitterroot Valley, we anxiously awaited detections of any birds that we had fitted with nanotags last year. From March to June, we checked stations (Figure 1) every couple of weeks for new detections. So far, we’ve detected four Lewis’s Woodpeckers, four Gray Catbirds, three Common Nighthawks, and one Swainson’s Thrush. 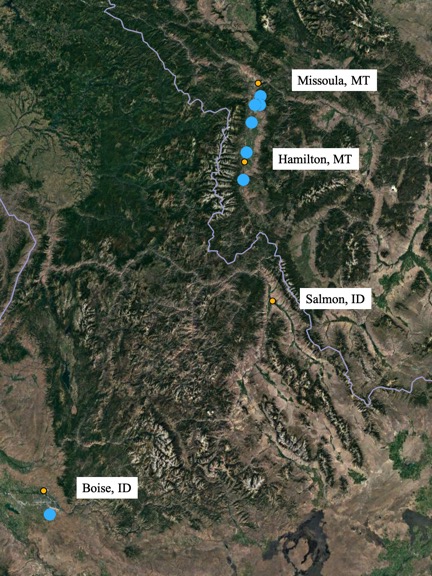 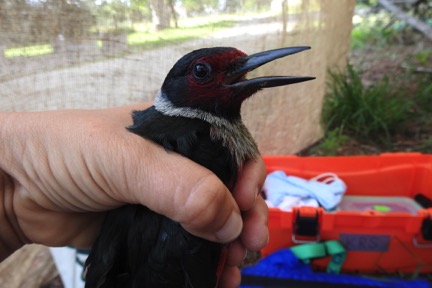 We first detected signals from a Lewis's Woodpecker nanotag on April 29. Three more detections of this species soon followed. Of these four, two of them settled in the same area as they had last year, but we do not know if they're using the same nest. The other two woodpeckers passed through the valley, and we have not detected them since (Figure 2). We searched for them in the territories they used last year, but found other birds occupying the territories. This is consistent with the behavior we’ve observed of color banded Lewis’s Woodpeckers: fewer than 10% of them have nest-site fidelity between years. We hope we can use the Motus network to understand where they go once they move on. 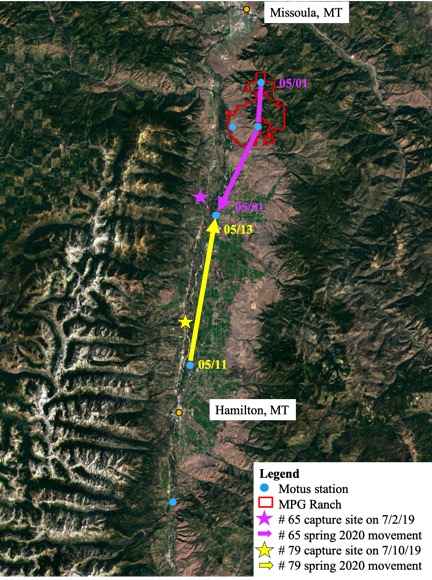 Figure 2. Arrows and dates (in yellow or pink) show the movements of two previously resident Lewis’s Woodpeckers during spring 2020.

Gray Catbirds
This spring, we detected three Gray Catbirds. These birds were tagged on September 9, 2019 by The Breuner Lab and the Bird Ecology Lab at the University of Montana. One catbird arrived on June 1 and traveled across the Bitterroot Valley on the same day (Figure 3). We are excited to see if the bird stays in the area during the breeding season. 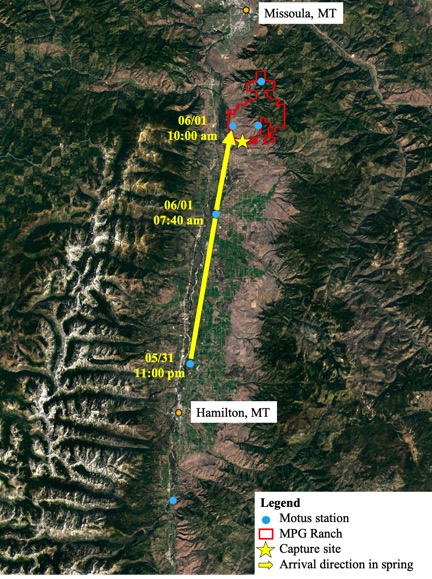 Figure 3. Yellow text depicts the arrival dates and times of a Gray Catbird returning this spring.

Station profiles
The Motus station on Lee Metcalf National Wildlife Refuge in Stevensville detected the majority of birds that flew back to MPG Ranch during spring migration. The station on the Teller Refuge in Corvallis intercepted a subset of these birds. Teller and Lee Metcalf stations have become the heart of our Motus station array in the Bitterroot Valley.

Transmitter issues
We've seen two Lewis's Woodpeckers and one Brown-headed Cowbird with transmitters attached, but we’ve detected no signal from them. We're disappointed with this technology failure. The woodpeckers’ transmitters had an advertised lifespan of at least 950 days and the cowbird’s transmitter was supposed to last at least 350 days. It’s difficult to say how many additional non-functioning transmitters exist. A low number of year to year detections may also correspond to birds dispersing towards different breeding sites. We’re working with Lotek to understand and resolve this issue. 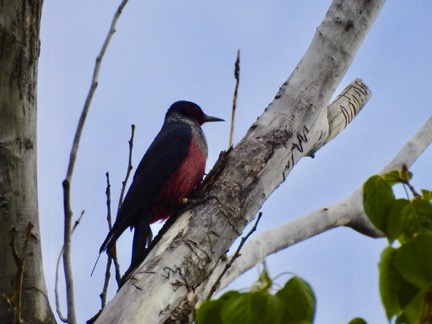 This Lewis's Woodpecker shows its unique combination of color bands. Its Motus tag antenna protrudes beyond its wingtips, but we’ve detected no signals from it using a handheld receiver.

By: Anna Noson and Tricia Rodriguez