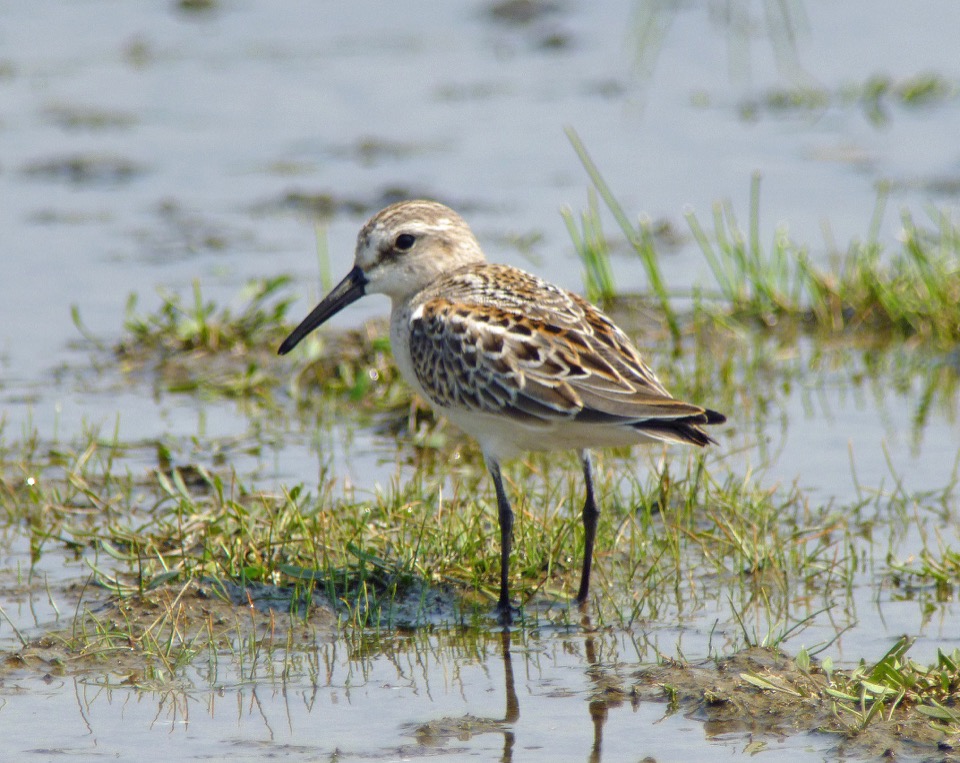 Western Sandpipers breed in northwestern Alaska. They are even called “Alaska’s Sandpiper” in Spanish and French. As their common name suggests, they migrate over a vast swath of western Canada and the U.S. to winter along the Pacific coast. Some individuals reach as far south as Panama. However, other Western Sandpipers take a completely different route and fly east, ending up on the coasts of the Atlantic Ocean, the Gulf of Mexico, and the Caribbean Sea. 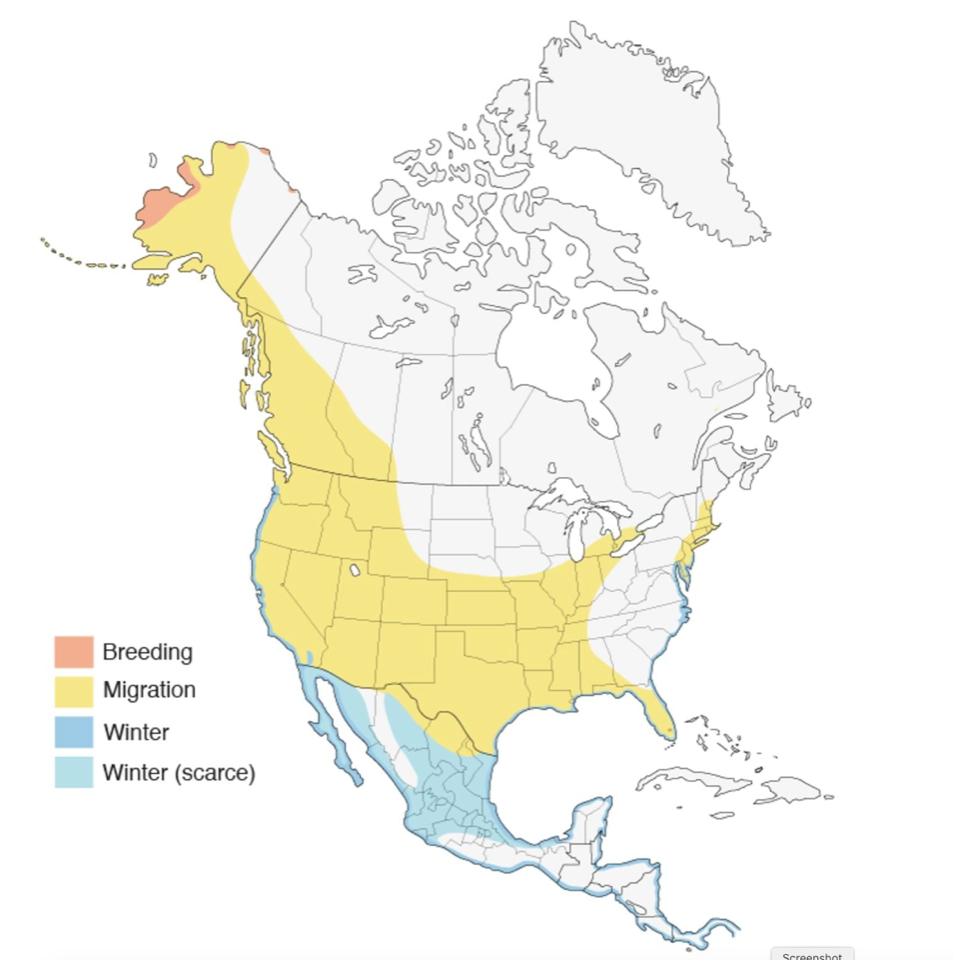 This range map displays the distribution of Western Sandpipers. (The Cornell Lab of Ornithology, All About Birds. Accessed 17 February 2021 at https://www.allaboutbirds.org.)

The different migratory strategies of Western Sandpipers have confused researchers for decades. It is unclear whether sandpipers and other shorebird species stop along their migration routes or if they fly long distances in one bout. 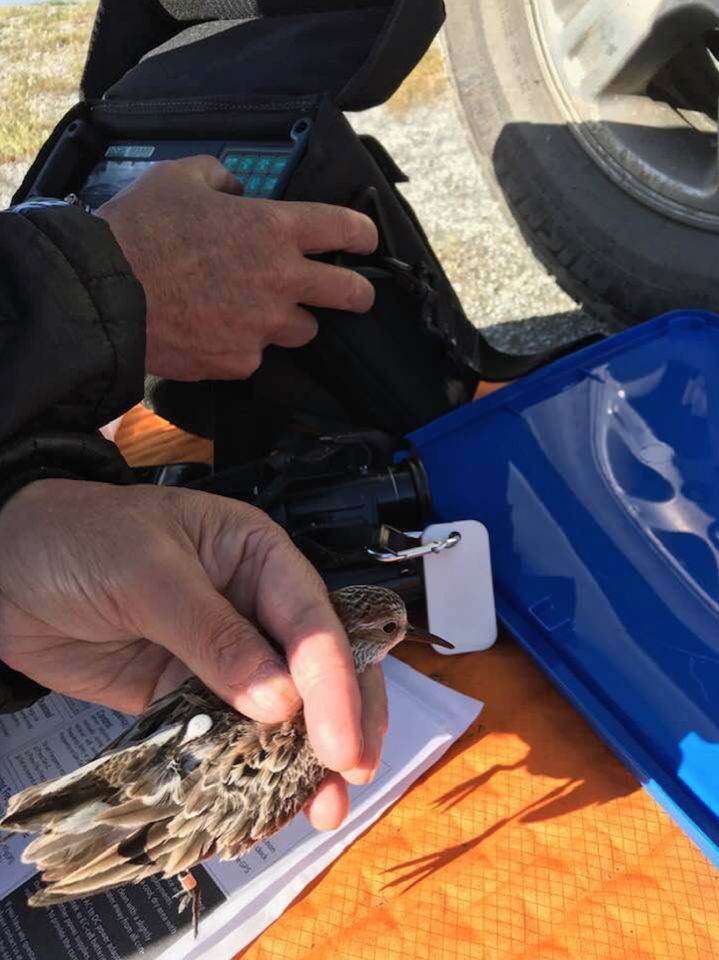 A Western Sandpiper is banded and equipped with a Motus tag for the Pacific Shorebird Motus Project in San Francisco Bay, California. Photo credit: Nils Warnock.

Researchers from the Pacific Shorebird Motus Project tagged Western Sandpipers on Vancouver Island, British Columbia, Canada. They did not expect many detections in Montana, so biologists were surprised when Motus stations picked up several birds in the Bitterroot Valley this fall. 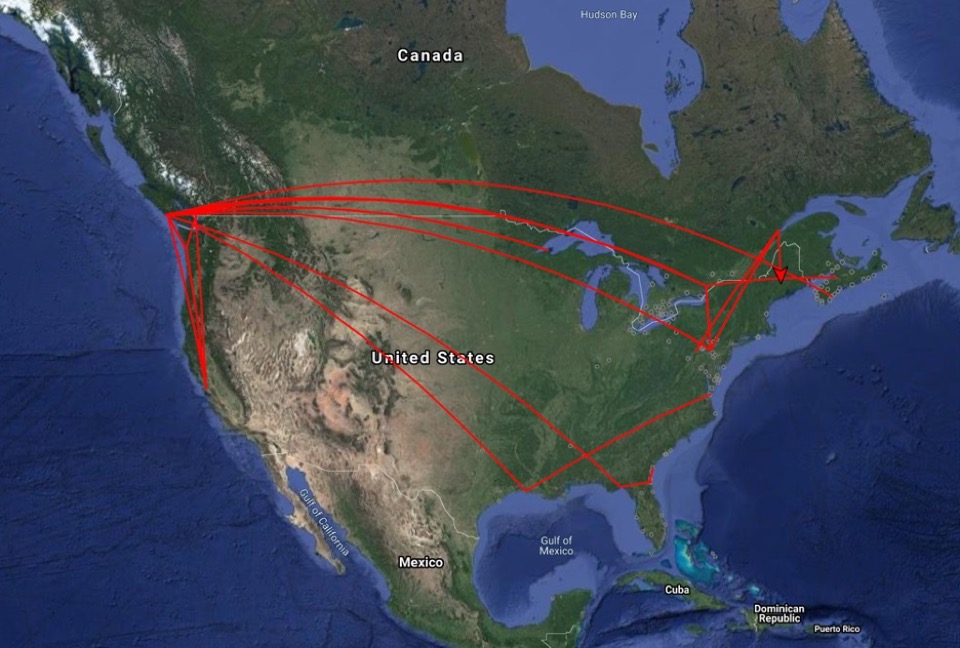 Our array of Motus stations at MPG Ranch detected three Western Sandpipers. Another bird flew past a Motus station at the Teller Wildlife Refuge in Corvallis. It was detected again by a station 12 miles south in Darby, only nine minutes later. 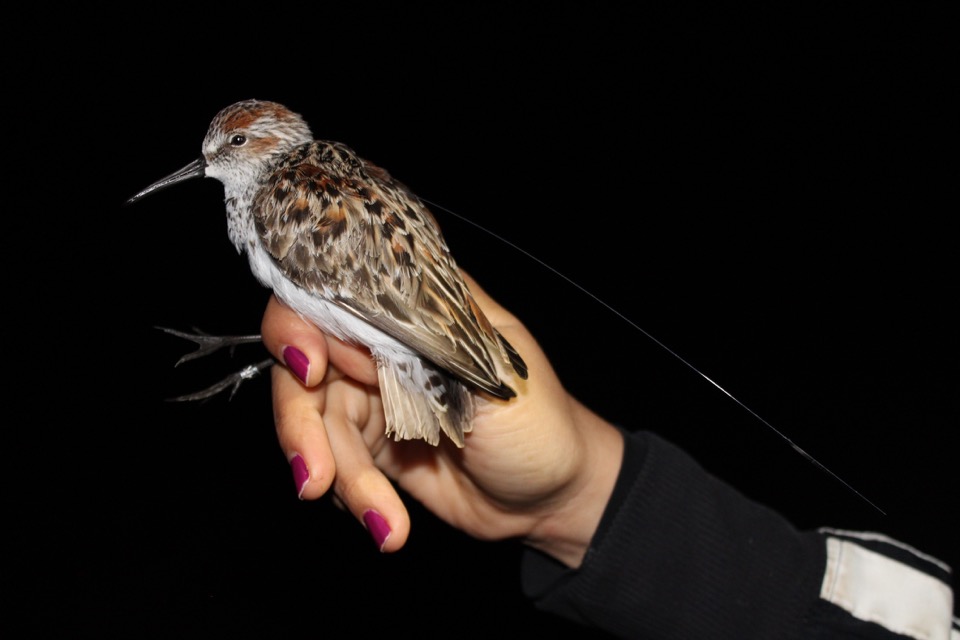 The Motus network is still growing in the West. Due to a lack of stations to our south, we are uncertain where these tagged sandpipers were going. New Motus stations are planned to be installed this year in the Midwest and Southwest, helping researchers zero in on the Western Sandpiper’s routes and habitat use. 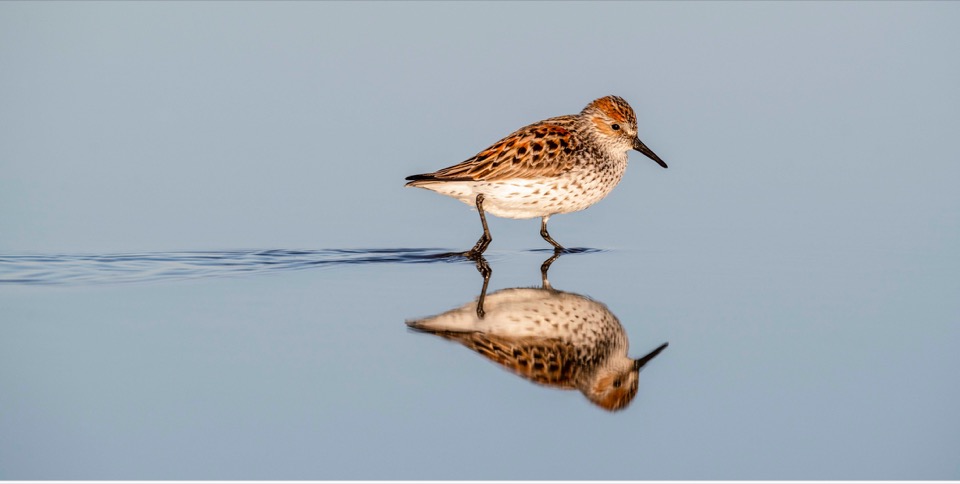 Motus Acknowledgements
We thank Mark Drever and the Pacific Shorebird research crew for sharing pictures and background information on their research.