The wait is over! Researchers released the 2020 western monarch population count last week. The population appears to be stable from last year at approximately 29,418 butterflies. Several years ago, researchers estimated the western population’s extinction threshold to be 30,000 butterflies. The recent population count, while below this threshold and at a critical level, has some scientists optimistic for continued recovery opportunities. The decision to include the butterfly under protection of the Endangered Species Act was extended to December 2020, with calls for further population modeling. We may see substantial positive policy changes for monarchs before the end of the year. 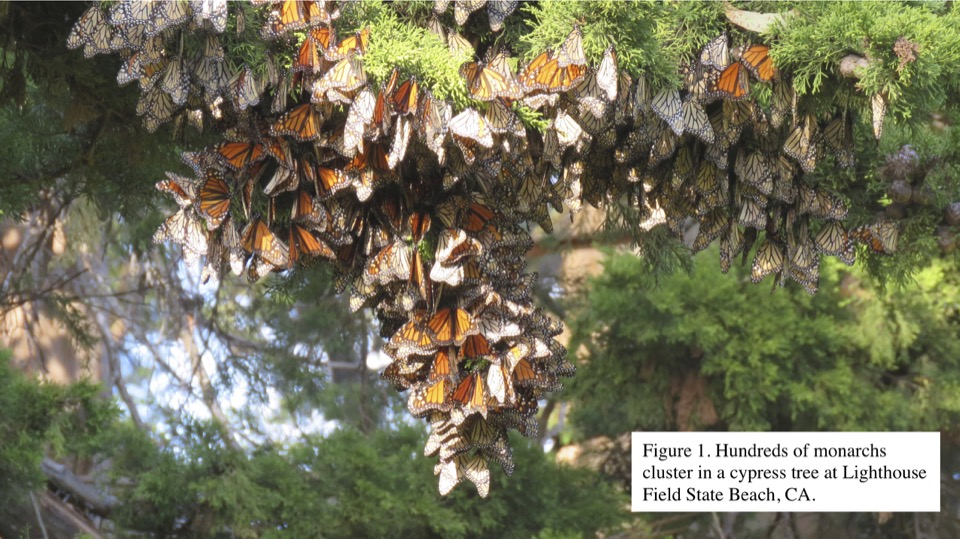 Last September, monarch butterflies traveled from the Bitterroot Valley over 1,000 miles to reach the coast of California. I made a similar journey this January to visit two overwintering sites in Monterey Bay. Monarchs fly as low as ground level searching for nectar sources along their southward migration but also use thermals to fly thousands of feet above the earth. Large trees along the temperate California coast provide ideal habitat for them to spend the winter. Branches of native Monterey pine, Monterey cypress, and non-native eucalyptus trees sag heavy with the weight of thousands of monarch butterflies (Figures 1 and 2). 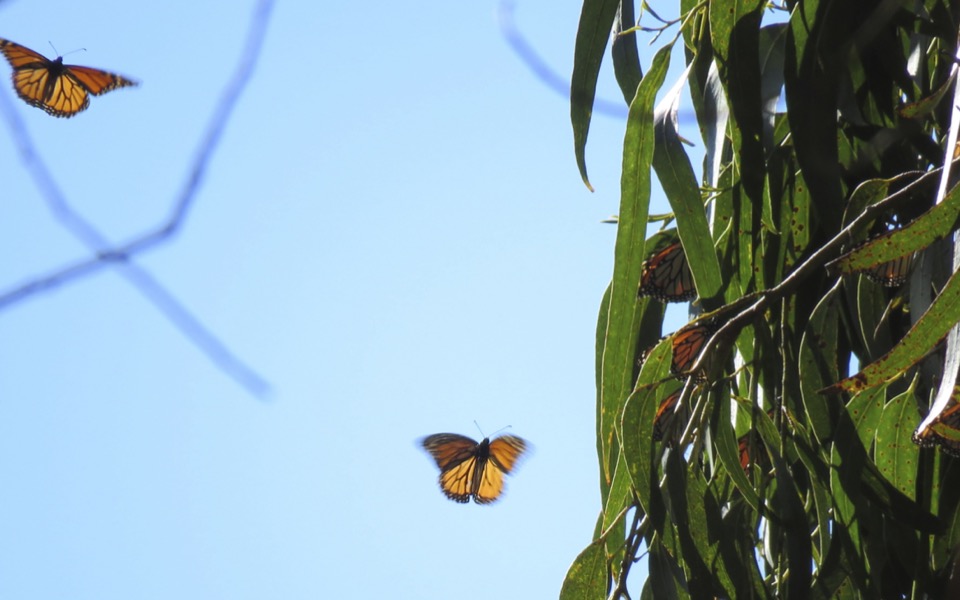 Large trees provide shelter from wind and storms. Here the butterflies remain, waiting for temperatures to warm and milkweed to emerge in Spring. When sunlight reaches through the branches, elevating ambient temperature above 55°F, they alight searching for nectar, potential mates, and will travel to other overwintering sites. After mating, their journey turns northward to lay eggs in central and northern California. 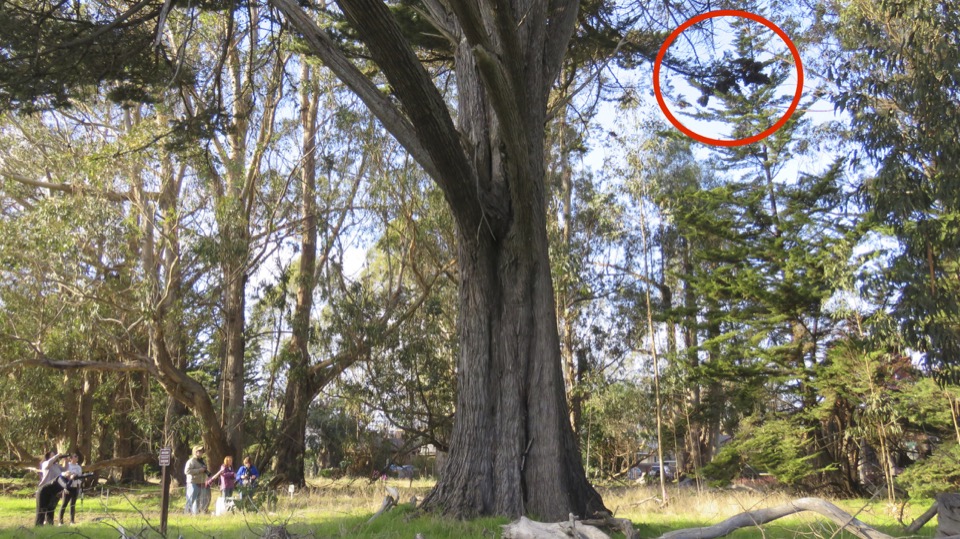 Volunteers in California monitor the western monarch population by counting butterflies in their clusters. Counts occur over three weeks in late November and then again in early January. There are over 200 sites identified across the California coast. Pacific Grove and Lighthouse Field (Figure 3) are ranked as numbers 6 and 7 within the Xerces Society’s list of top 50 priority sites for conservation. An estimated 50 overwintering sites have been lost to human development since the 1990’s. Aerial views of the California coast show similar pressures on remaining colonies (Figure 4). 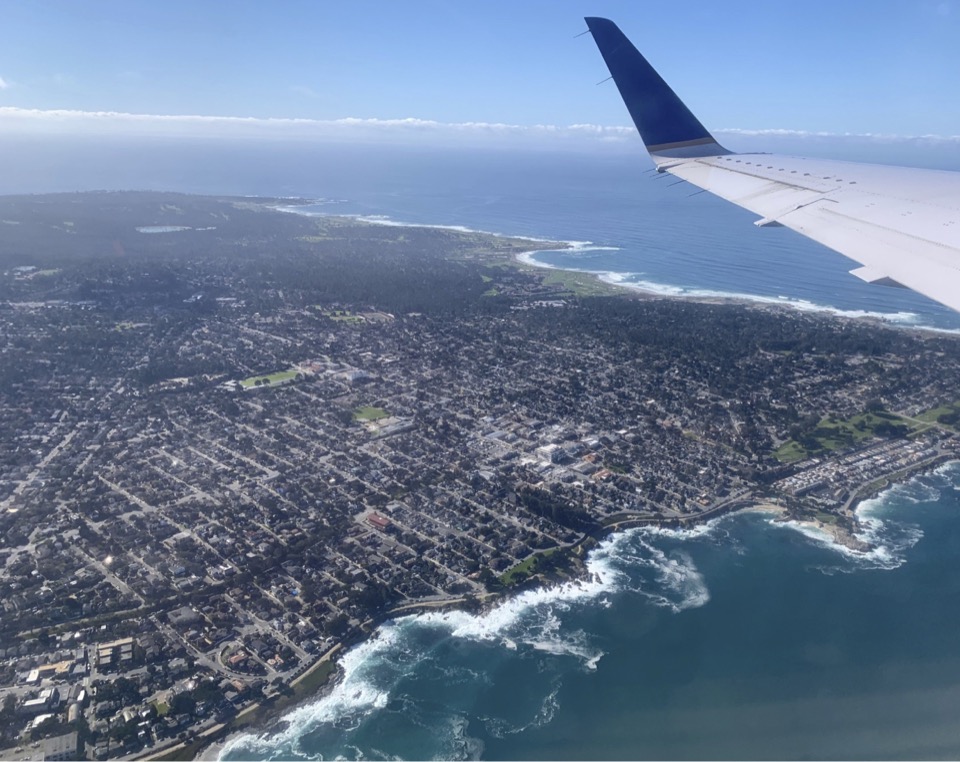 It takes multiple generations to complete the migration north. If the first generation encounters moderate spring weather while travelling inland and finds safe milkweed to lay their eggs, subsequent generations
and the entire population have a much better chance for positive growth. 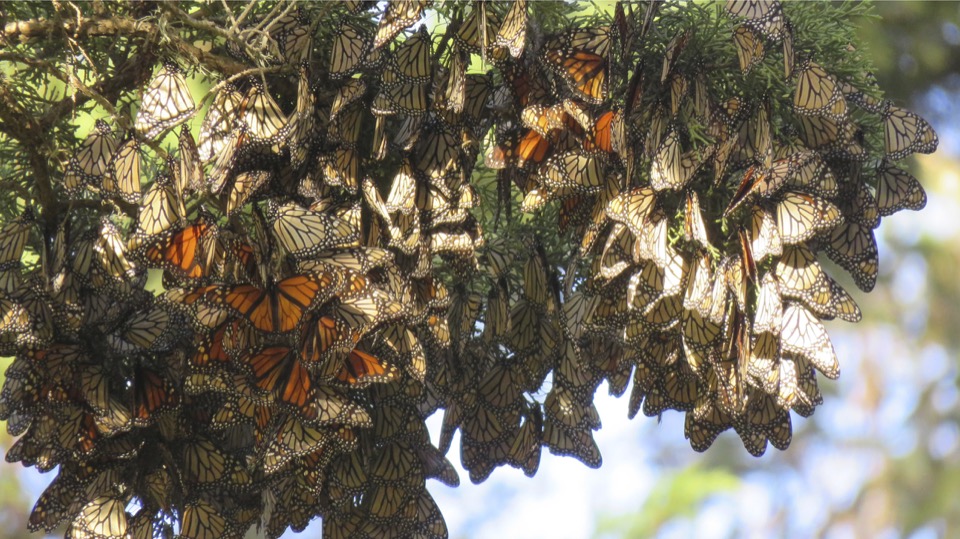 Figure 5: These overwintering monarchs will leave the California coast in Spring in search of milkweed. Some may only travel several miles before they deposit their eggs and perish, leaving the rest of the species’ northward migration to their offspring.

We can support monarchs through their migration. Montana hosts the emergence of butterflies that will fly over 1,000 miles to the California coast. Planting native milkweed and native nectar sources that bloom between August and September will help ensure they find food on their journey. Be sure not to use insecticides on these plants and, if purchased from a nursery, ask managers if insecticides were applied during their propagation.