Over the course of three days, three different groups tracked this mountain lion as she and her cubs moved through Whaley Draw and Lower Woodchuck Draw. The image shows a young female lion walking past a stealth cam in Whaley Draw. The map at the bottom of the post shows the camera location. 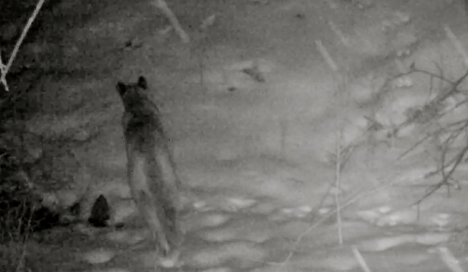 On December 28th, Mike Sawaya, Alan Ramsey, and Joshua Lisbon forward tracked the lion east out of Whaley Draw from the camera location. She hunted through mule deer bed sites on the high ground between Whaley and Last Draw. At one point, she broke from a consistent gate into an energetic bound. She possibly gave chase to prey that escaped. We followed her to a bed site overlooking Last Draw. She rested here before dropping into Last Draw. Mike was able to collect multiple hair samples from brush along the way, but the bed site provided the best samples. MPG uses hair and scat DNA to identify individual lions. This data and GPS tracking data will provide a clearer understanding of mountain lion populations on the ranch. 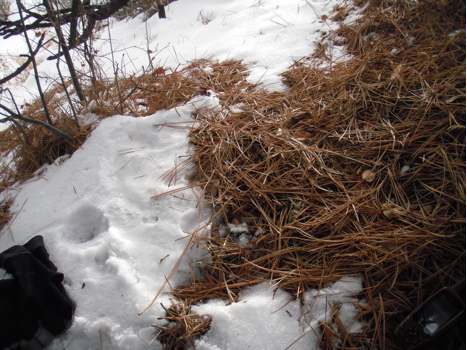 This photo shows the mountain lion bed site beneath a large ponderosa on the west slope of Last Draw. 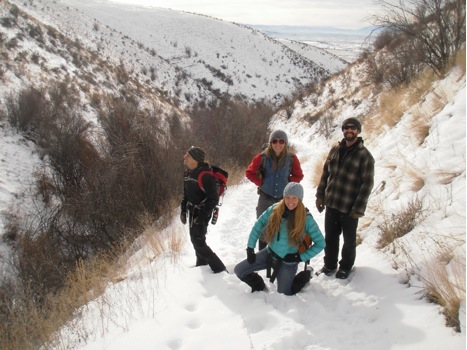 The second group and I followed the tracks west from the camera site on December 29th. This group consisted of four volunteers from Missoula, some with previous tracking experience. The tracks led up the west slope of Whaley, doubled back on themselves, and dropped back into the draw. On this day, we backtracked the lion. She apparently came up the west slope of Whaley from the bottom of the draw before she made her way to the camera site. From there, she hunted the deer beds between Whaley and Last Draw. 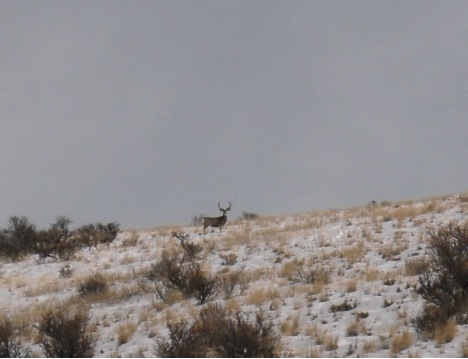 The group and I spotted a large number of mule deer in the lion’s hunting area. 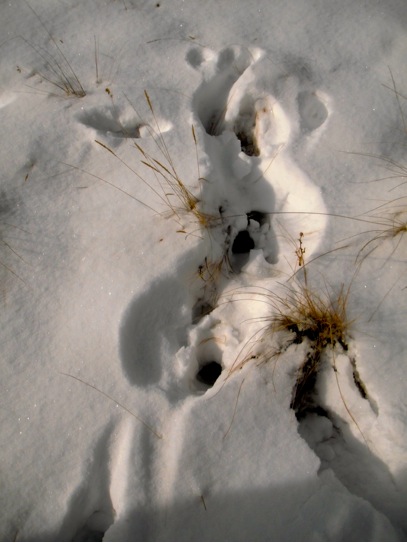 We followed the lion near the top of the ridge where we discovered her crouched, full-body impression in the snow. The front legs are apparent at the top of the photo with the tail shown clearly at the bottom. The lion then doubled back on her tracks and retraced them across the slope to the camera location. In the bottom of Whaley Draw, the tracks indicate the presence of multiple lions. Typically, an adult lion walks in a direct path and her cubs weave around her, and the tracks in the bottom of the draw indicated this.

On January 5th, a group of six volunteers and I tracked a family of lions from the bottom of Lower Woodchuck into Whaley Draw. The group consisted of three members of the Montana Wilderness Association (MWA), including the local chapter president, and three University of Montana students. MPG offered this outing in partnership with MWA’s Winter Walks series. 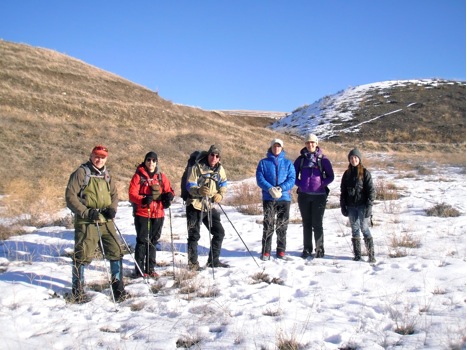 Mountain lion tracks covered Lower Woodchuck. They went both up and down the drainage, so it was impossible to backtrack one set without forward tracking another. The tracks wove in and out of the bottom of the drainage and predominately followed an old roadbed on the north side of the draw. As in Whaley Draw, the tracks showed multiple lions. The tracks indicated a female traveling with cubs. 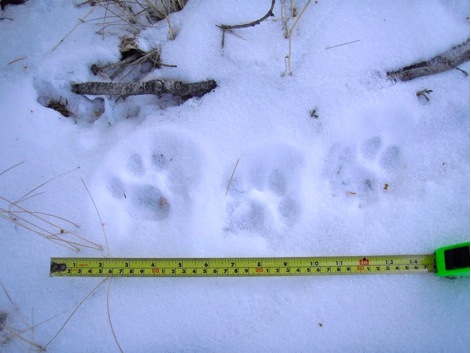 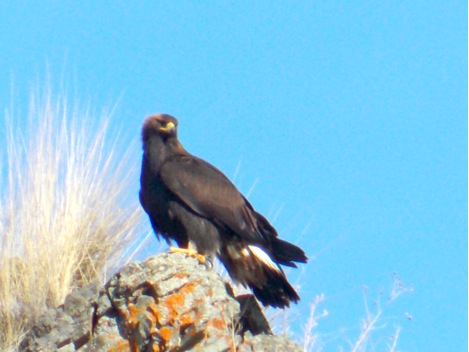 As we turned north into Whaley Draw, a golden eagle flew just overhead. The impressive bird perched on a rock outcropping about 150 yards away. It was an incredible sight.

The group continued up Whaley Draw, following tracks the whole way. We were able to collect a scat sample that will help identify individual lions.

As we crested the west slope of Whaley Draw on our return trip, we saw a herd of elk taking in the afternoon sun in Upper Woodchuck. We counted between 90 and 100 animals. 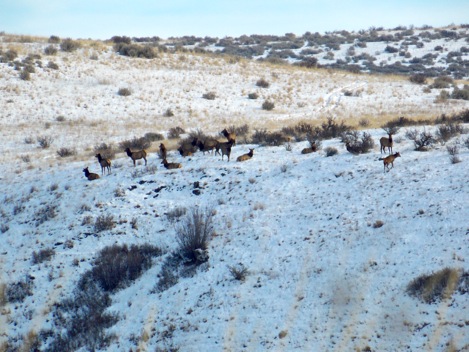 The MWA chapter president, a career Forest Service employee, remarked that he was impressed with the work at MPG. The day could not have been better.

Over the three days, volunteer groups were able to collect several hair samples and one scat sample. The information collected will give MPG a better understanding of mountain lion population density and use of the ranch in winter.

This work will continue through the winter. On January 12th an alumni group from Ecology Project International will visit the ranch and continue to map mountain lion use in this area. 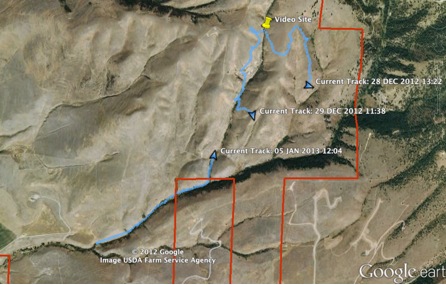 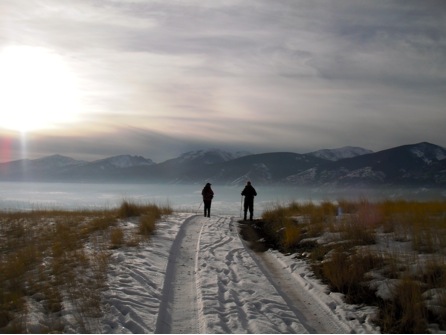