Have you ever seen a Common Poorwill? They look like a rock you would find in your garden, but with eyes and a grumpy little frown. 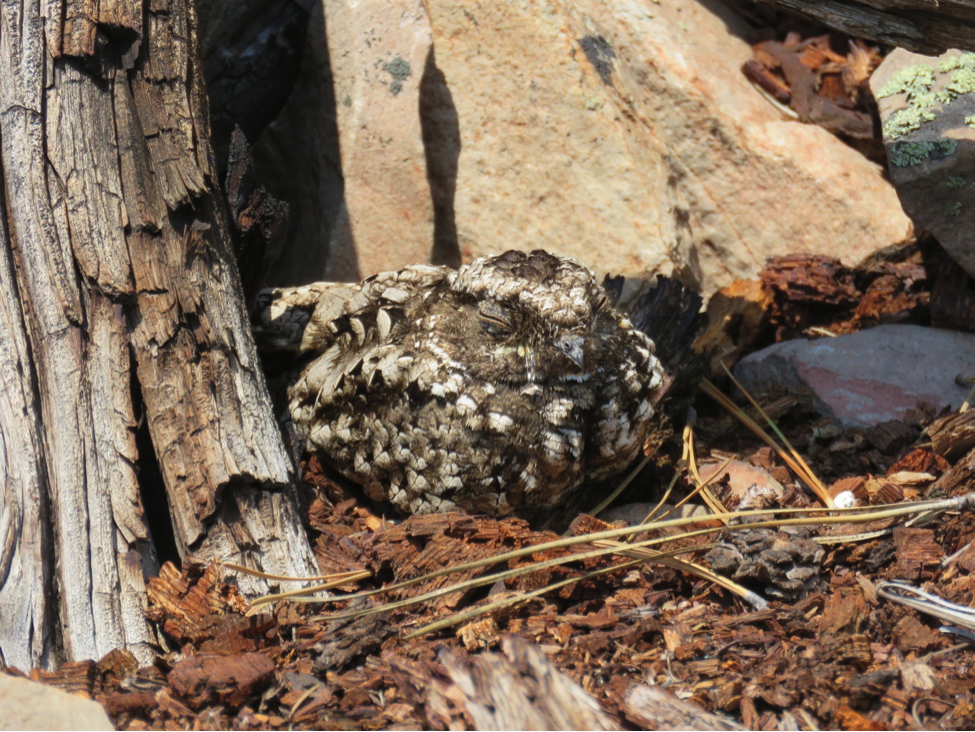 These amazing little birds are a unique part of the Montana landscape that often go unnoticed. Common Poorwills are in the Caprimulgidae family (nightjars), and are a nocturnal species of insectivores (a diet composed of insects). We find them on rocky and sage-covered slopes, or along Montana’s many backroads where they sally for moths and other insects at night. Their distinct call can be heard in spring and summer just after dusk and before dawn.


Since 2015 we have banded 119 individual Common Poorwills on MPG Ranch. Our research has been focused on where these birds choose to roost and nest, what they eat, and if they return to the same location year after year. We hope to someday be able to follow them along on their migration south for the winter.

We have collected more than 260 vegetation plots at roost and nest sites to learn more about what habitat type these birds prefer. 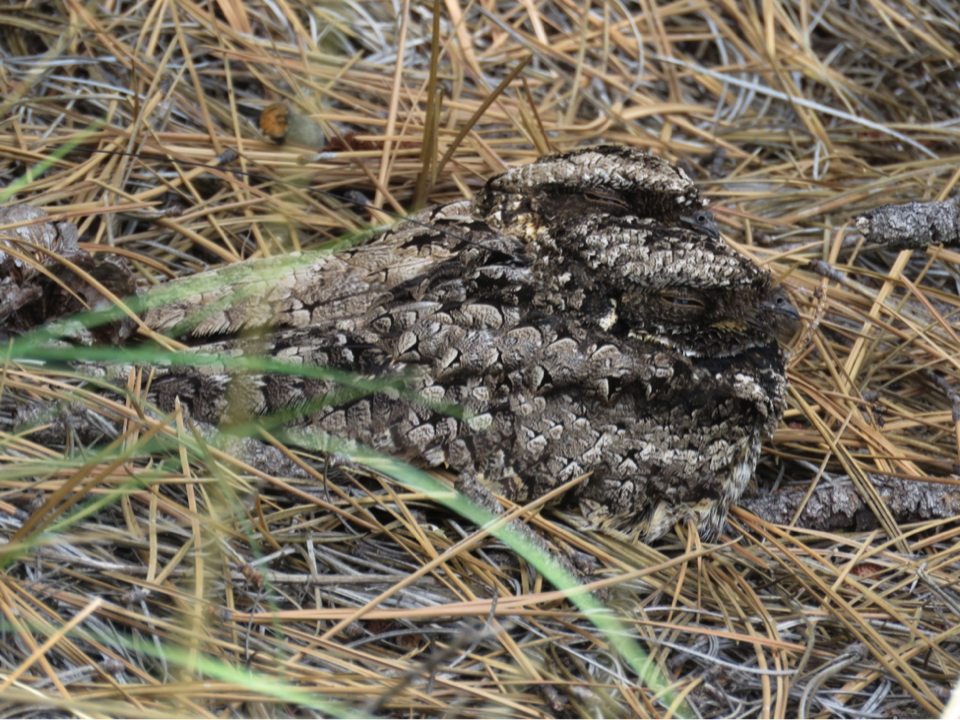 A pair of Common Poorwills sit in pine needles during courtship season.

We have collected more than 275 fecal samples for DNA analysis of their diet to learn more about what they choose to eat while they are here in Montana. 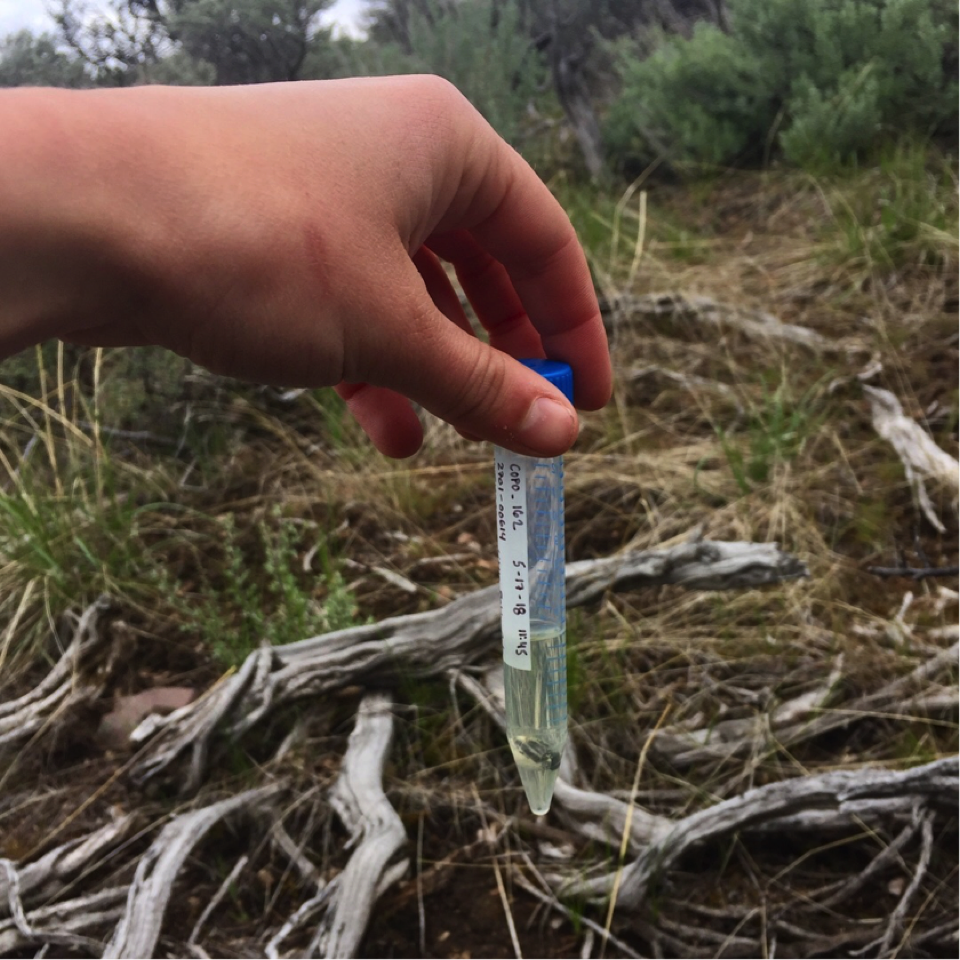 A fecal pellet sample that will be sent to the lab for DNA analysis of the insects that were ingested.

We have followed more than 25 nests for phenology to learn more about their reproductive challenges here in Montana. 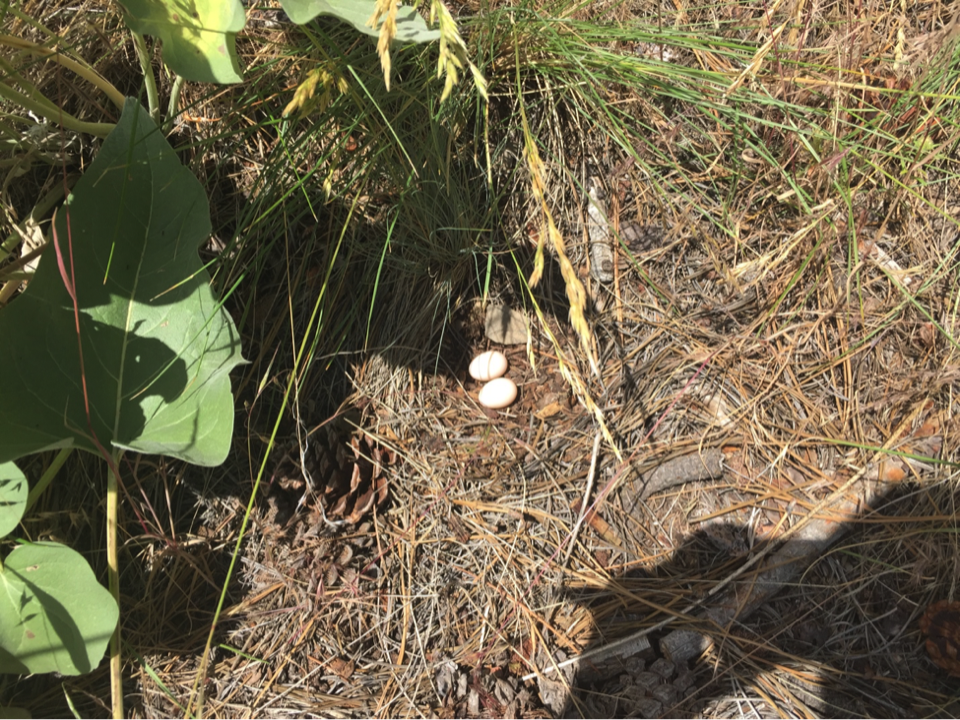 Common Poorwills don’t build nest structures, instead they lay their eggs directly onto the ground in a small depression.

And finally, we’ve recaptured banded individuals to learn more about natal site fidelity. For example, we captured this handsome fellow just this past week for the sixth time since 2016. 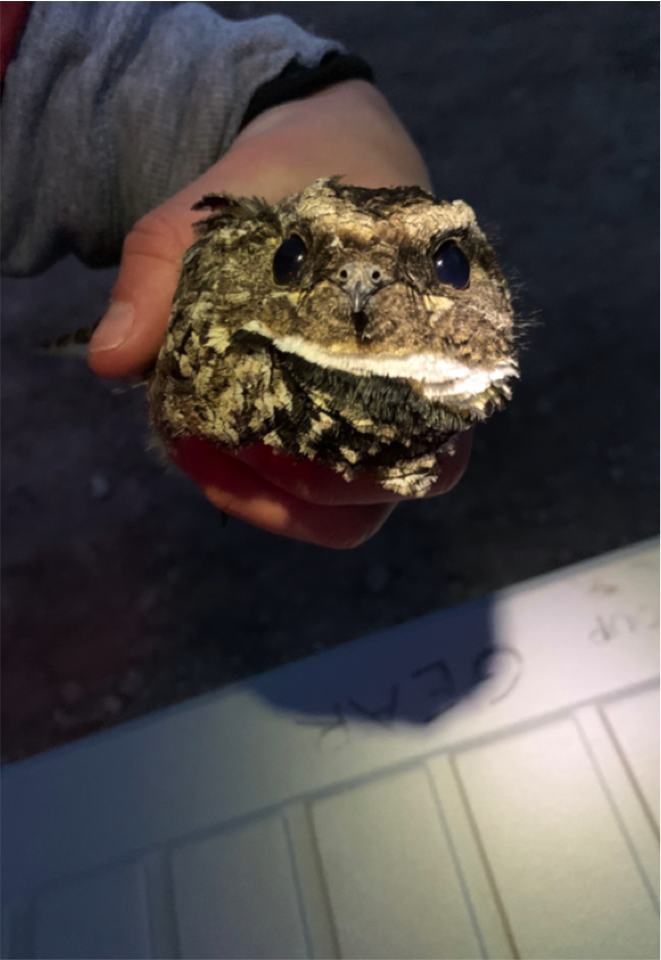 This individual hatched from a nest in the summer of 2016 and was recaptured on May 8, 2020 as a five year old adult not far from where he hatched!

We first banded him as a young fledgling fresh from a nest, making him five years old in 2020! Our 2020 recapture is incredible for two reasons, first that he has survived this many years, and second that he has returned to his natal grounds (where he was just a wee one in a nest) as an adult to have chicks of his own. We look forward to seeing him again this breeding season, hopefully with baby Common Poorwills! 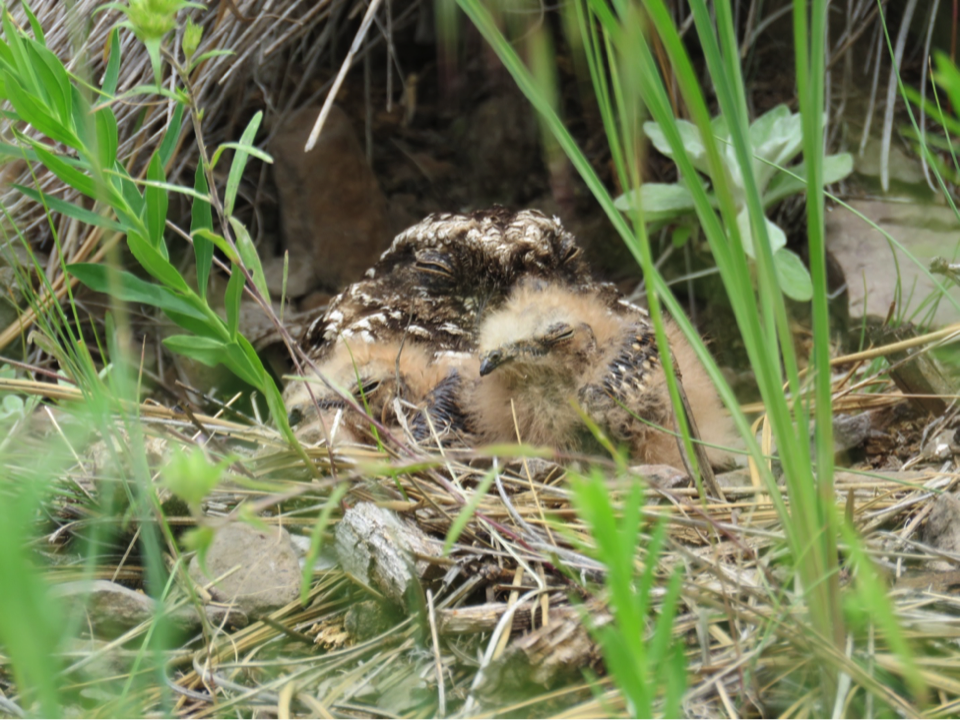 The breeding season is upon us and we are preparing for a busy summer filled with baby Common Poorwills!