A group gathered on a wintery morning near the ranch’s south gate to observe the Northern Sapphire Elk Research Project’s elk capture. Montana’s Fish, Wildlife and Parks biologists, a helicopter and crew, and a spotting plane geared up to net elk, fit them with radio collars and collect blood samples. 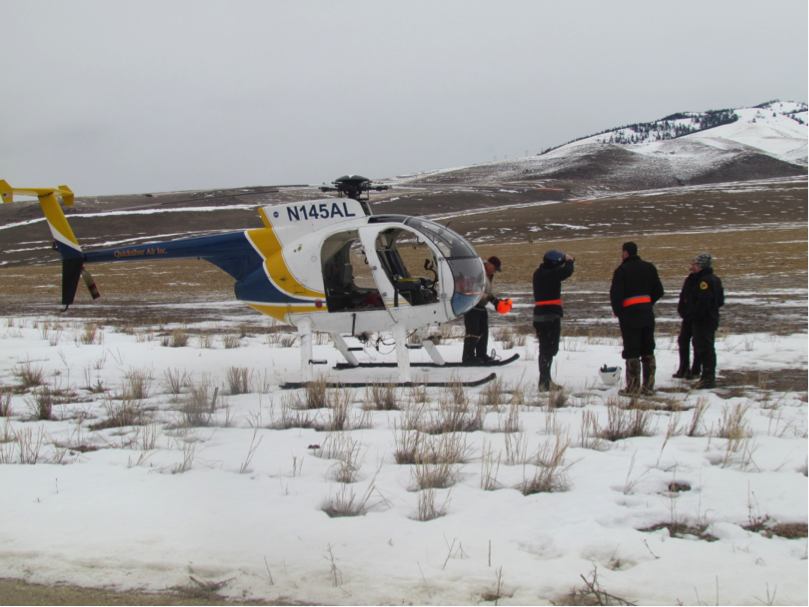 The helicopter crew discussed their plan of action in detail. After netting an elk, biologists would jump out and use hobbles stored around their waists to immobilize the animal. The team would need to communicate closely with one another and with the spotting plane in order to find and capture each elk. 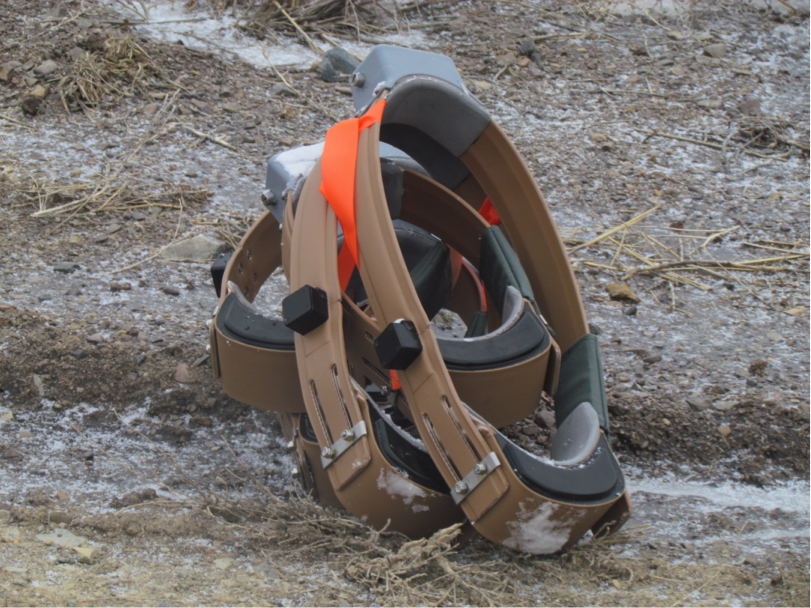 These radio collars waited for pick-up by the helicopter crew. The orange flagging indicated a collar sized for a bull elk. During the rut, bulls’ necks swell, so the collars must accommodate this. 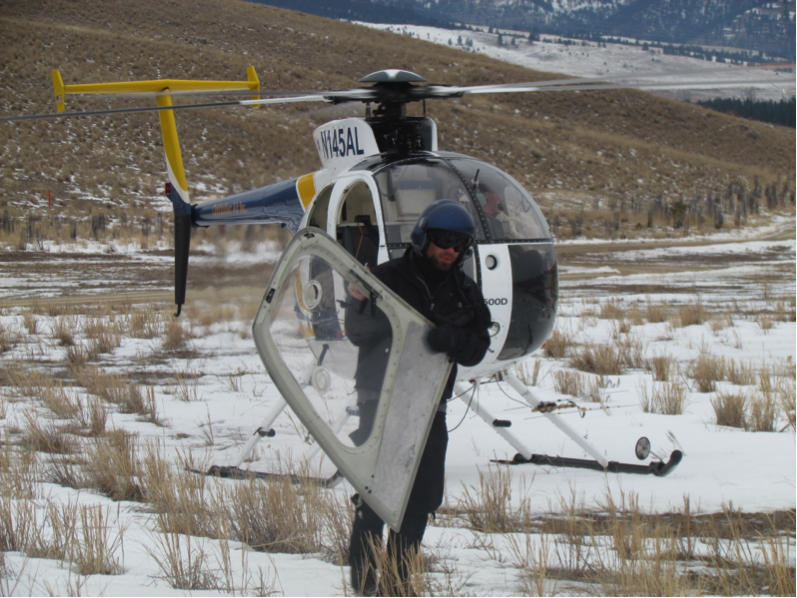 Removal of the helicopter’s doors allowed for easy exits. Nets were used instead of tranquilizers to capture the animals, so the team had to jump out of the aircraft after ensnaring each elk to hobble it. The elk remained conscious throughout the process, which improved body temperature regulation and shortened capture recovery time compared to tranquilizer use. 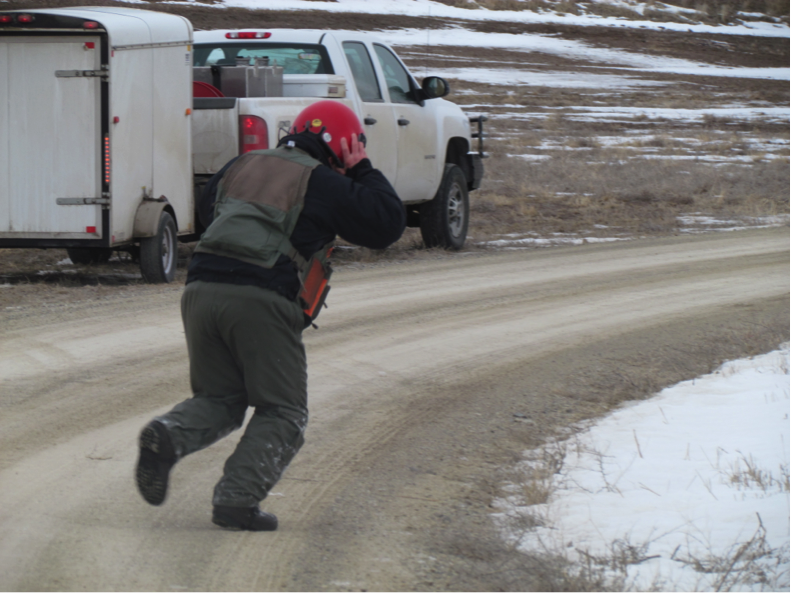 Helmets on and time for takeoff! The trailer in the background contained helicopter fuel and equipment. 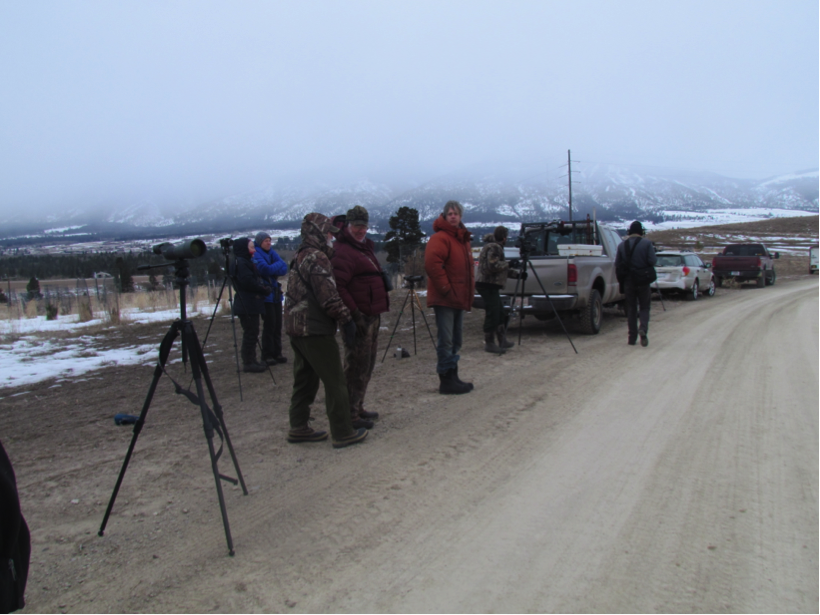 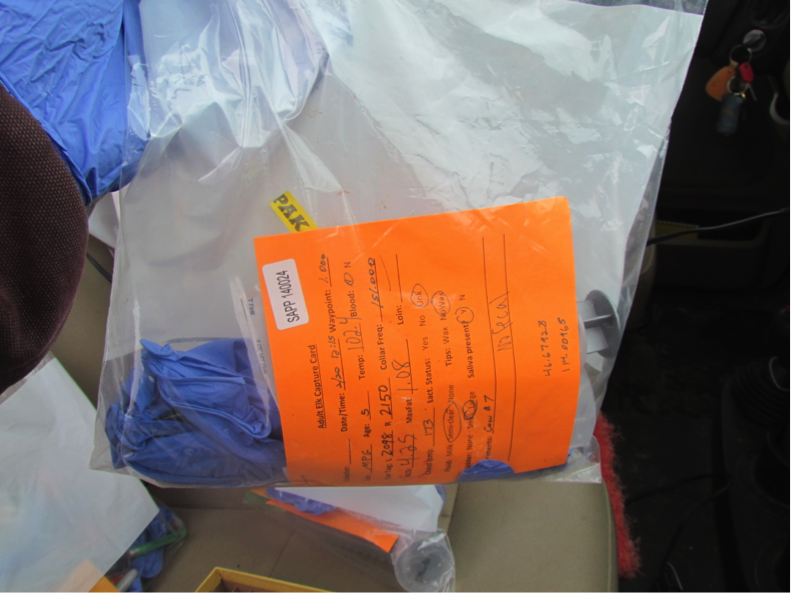 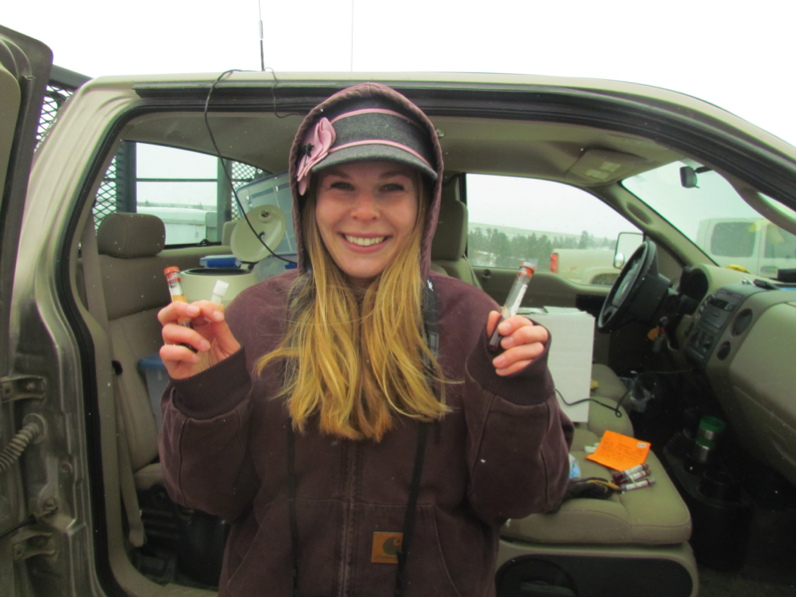 In the FWP truck, observers spun elk blood samples to separate the plasma, then poured the plasma into small vials. 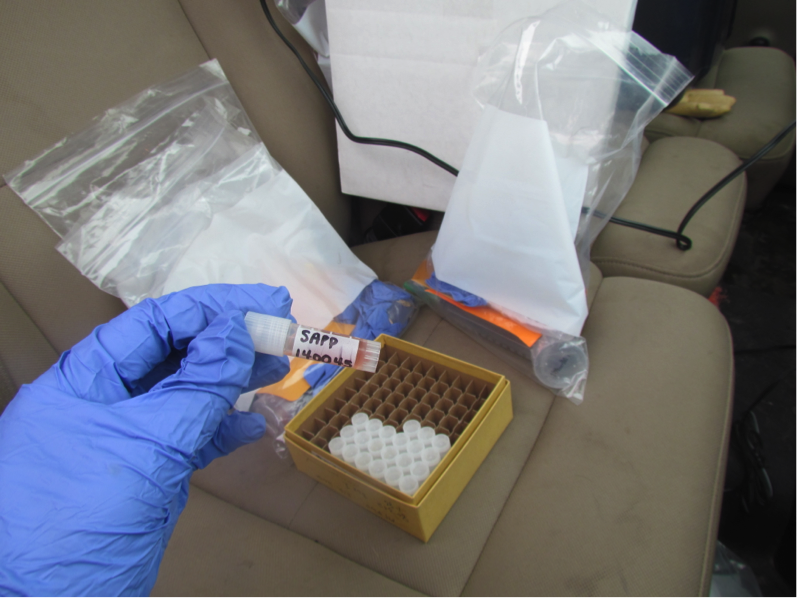 Elk plasma tells biologists about thyroid function, disease, and overall health of the animal. On this vial, SAPP stands for “Sapphire elk herd.”