Very little is known about bat populations in Montana. The Montana Natural Heritage Program has initiated a statewide bat monitoring program to remedy this situation. Bat monitors like the one we installed provide information on species distribution, population status, overwintering behavior, and migratory phenomena. Collecting data now will help biologists monitor bat population response if the white-nose fungus makes its way to Montana. Monitoring stations at MPG Ranch fit into this monitoring program. We hope to install stations at several elevations; the state currently lacks a high-elevation monitoring site.

For our initial site, we chose the pond/slough system on the Bitterroot River floodplain. This area boasts open water throughout the year. Initial data from other stations have revealed high levels of bat activity in the winter if open water is available. Given insect hatches from recent warm temperatures, Kristi thinks it’s likely we’ll detect bats right away. 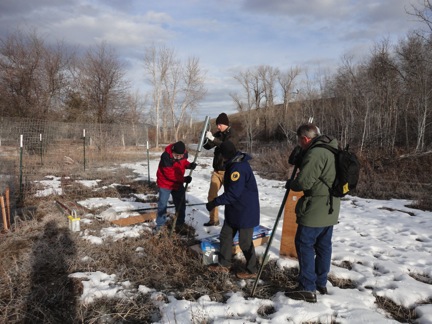 William “Bat-boy” Blake helps pound in the posts that will hold the solar panels powering the bat monitoring station. 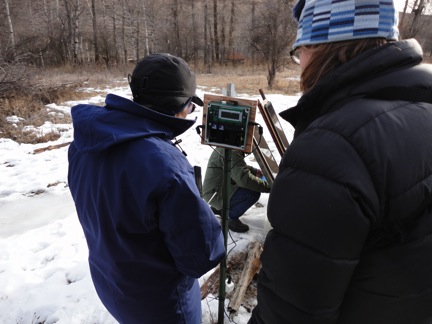 Debbie Leick helps Kristi Dubois program the unit so that it just records at night. 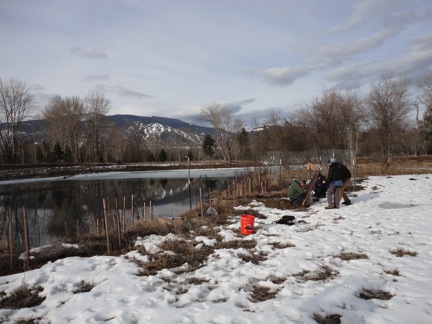