We had our biggest weekly count with 401 raptors. All species are still migrating, and we added the first broad-wing hawk of the season. Our species diversity was high this week.

Accipiter numbers doubled from last week. Adults are still moving, and we saw an increase in immature birds starting to migrate.

The numbers of other raptors were similar to last week, with the exception of the rough-legged hawk. We saw twice as many this week, which seems late for this arctic breeder that over-winters in our region.

Warm weather is forecast, but so are mostly sunny skies. Raptors are hard to locate against a depth-less, blue sky. Many migrants are missed on days like that. Partly sunny with some clouds are ideal.

Non-raptor migrants this week include American white pelicans, Sandhill cranes, and the common loon. The first yellow-rumped and orange-crowned warblers were noted at the ranch this week. 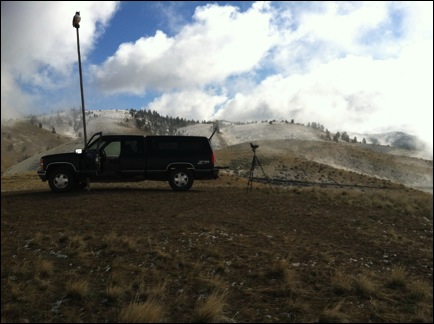 With the exception of one snowy morning, we had near-normal temperatures this week.