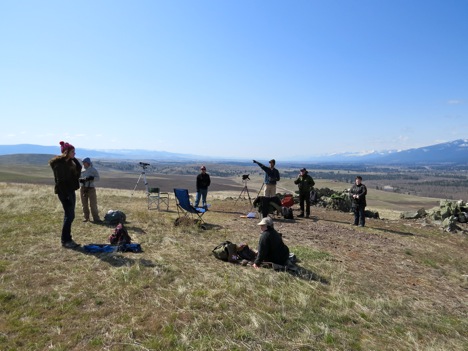 Two groups of community volunteers visited MPG Ranch on 4/19 and 4/24 to assist with observation and tracking of the spring raptor migration. Participants joined scientists with MPG and Raptor View Research Institute. MPG and RVRI monitor the spring and fall migrations. Researchers track numbers and types of raptors, as well as swans, geese, and the occasional owl. 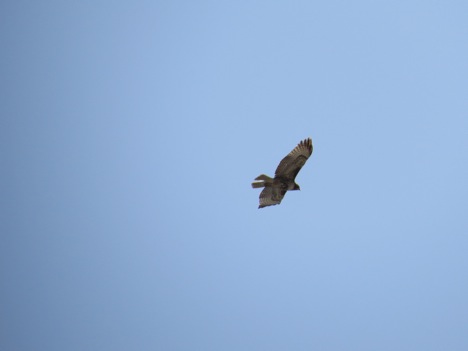 An immature red-tailed hawk buzzed past the observation point. 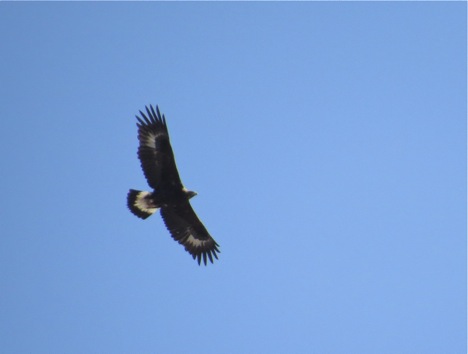 The distinctive white wing and tail patches identify this golden eagle as a juvenile. 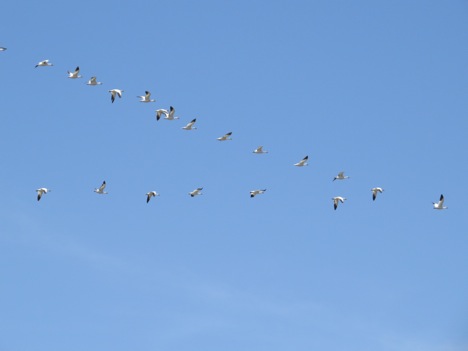 On April 24th, several flocks of snow geese flew up the Bitterroot Valley. 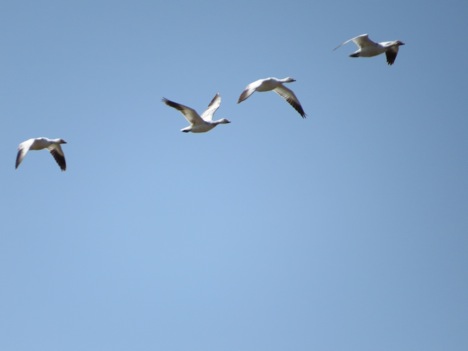 Snow geese use the Bitterroot Valley as a migration route to summer breeding grounds on the arctic tundra. 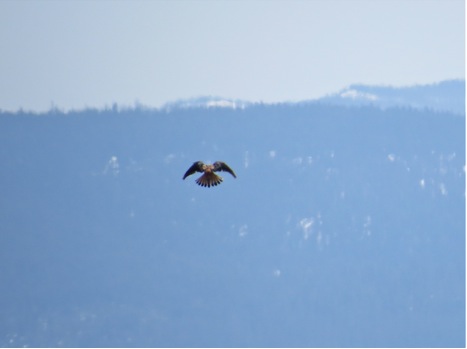 A kestrel hovers in front of the Sapphire Mountains as it searches for prey.