Montana offers one of the most liberal elk seasons in the country. In many hunting districts, hunters can chase elk for 77 days, first with archery equipment and then with rifles. 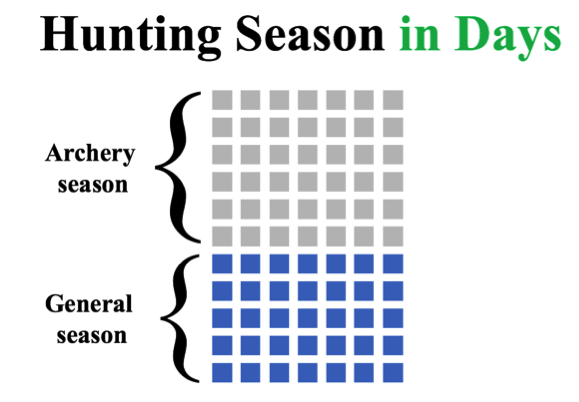 Game damage hunts sometimes start as early as August 15 and end as late as February 15. In our local hunting district south of Missoula, MT (HD 204), game damage hunts have been running for the past four years. The current elk hunting season will last 186 days: 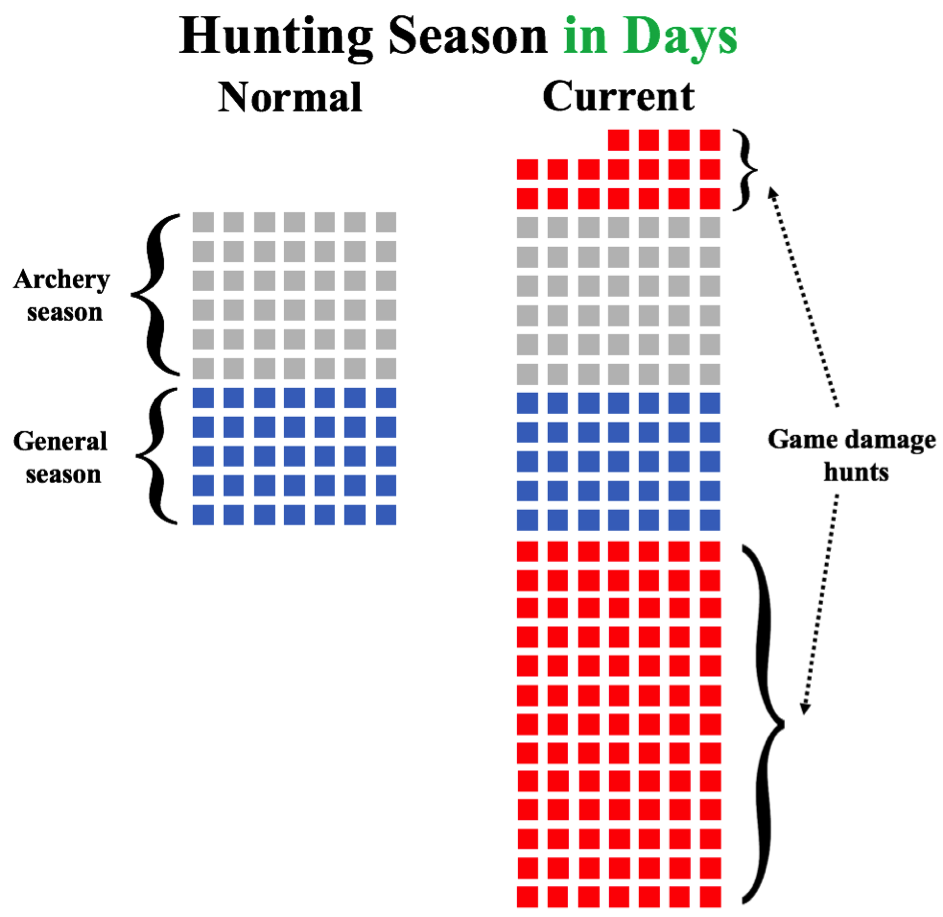 But how did it get that way?

In the early 2000s, private landowners in HD 204 began to experience increasing crop damage by elk. At the same time, Montana Fish Wildlife and Parks (FWP) rolled out a statewide elk plan that set population objectives for elk in each hunting district. Finally, the 58th Montana Legislature (2003) passed HD42, which directed FWP to manage elk within these population objectives.

In response, FWP issued more antlerless tags. Based on FWP harvest records and personal communications with landowners, most of the harvest in HD 204 ended up being on migratory elk living on public land rather than the resident elk eating alfalfa. Elk calf recruitment hit record lows in 2009, while wolves began occupying the watershed. Antlerless tags then became more restricted and the harvest of antlerless elk declined 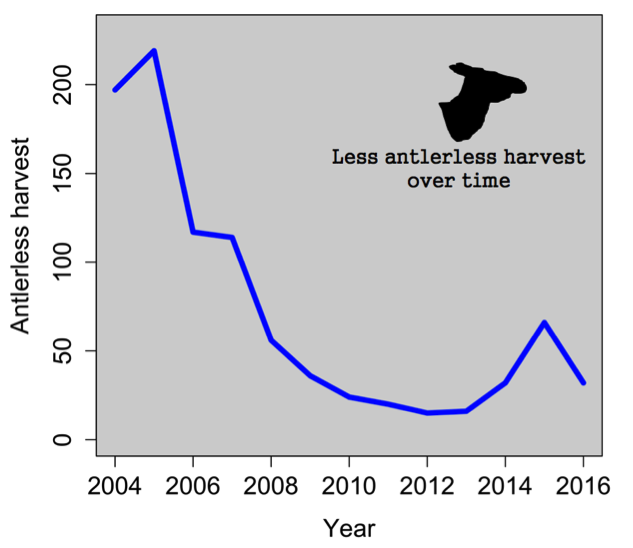 Unfortunately, the numbers of migratory elk on public land has not recovered. Meanwhile, resident elk on private land have flourished and continue to damage crops. This is frustrating for hunters who can’t find elk on public land and landowners who want to see fewer elk.

The population now has about 1000 elk (discussed here), which is twice the population objective set by state biologists.

This is why game damage hunts are in place: More harvest needs to happen on private land. But is the 186-day season helping? Sort of. Based on Montana’s 2016 hunter harvest survey, over 80% of the antlerless harvest in HD 204 came off a single property (MPG Ranch), which comprises about 5% of the land in the entire hunting district. This would not be possible without a game damage hunt.

The other hunters are selected by FWP from the “Game Damage Roster”. Hunters sign up online in the spring (fwp.mt.gov). The names are randomized and given a number. People who have low numbers are more likely to be selected for a hunt. This gives selected hunters a chance to hunt antlerless elk on private land. Here is an example of someone with a lousy number:

The roster system isn’t always effective. At MPG Ranch this year, five consecutive hunters taken from the roster wounded six elk. Five elk were recovered. These hunters were great people, but they collectively wounded more elk than all the hunters that MPG Ranch had picked over the past three years combined. Not all elk hunters are equal in terms of skill and effectiveness.

To give landowners more flexibility in choosing good hunters, while reducing overall elk numbers, Montana Fish Wildlife and Parks is now proposing antlerless tags that can be bought over the counter that will only be valid on private lands in most hunting districts within Region 2. These tags could be used in HD 204.

Perhaps a few seasons with these new antlerless tags will help the state reach their population objectives. If so, maybe the game damage hunts and shoulder seasons will be unnecessary. But for this plan to work, landowners will need to grant access to new hunters. Hunters will need to respect private land and be prepared to hunt and shoot well.

Even though 186 days of elk hunting sounds like a hunter’s dream, the elk deserve a break. 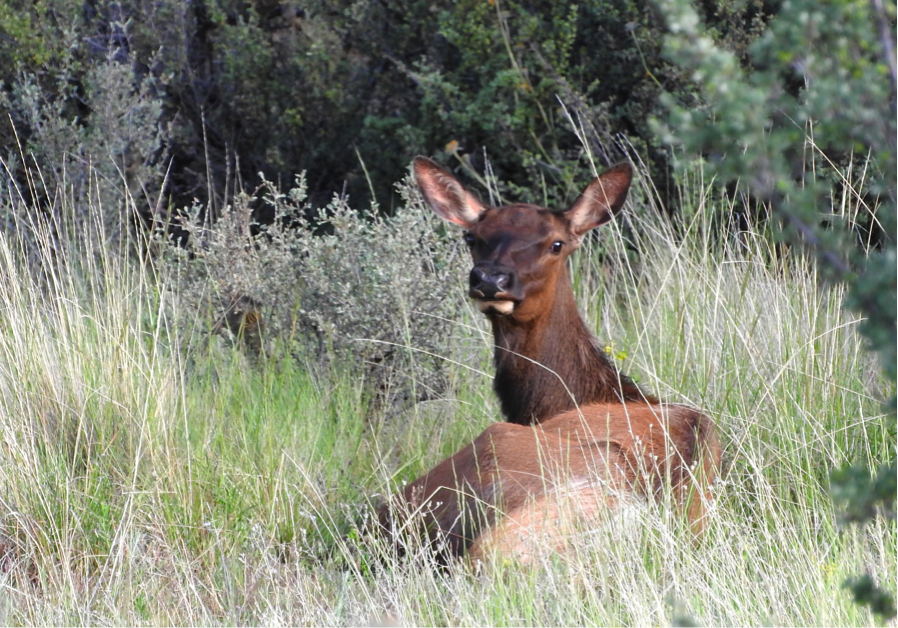