Can We Shed Hunt Yet?

By: Mike McTeeResearcher
and Craig Jourdonnais
The best winters are ones spent near the equator. But for those of us who get imprisoned by snow at home, we sometimes grow restless. Nordic skiing has helped me. But after my 50th lap of the year, I begin whistling my favorite lyrics from the Smashing Pumpkins:

“Despite all my rage, I am still just a rat in a cage.”

Luckily, over a decade ago, I found a fulfilling alternative to being on the hamster wheel of Nordic trails: hunting for shed antlers. 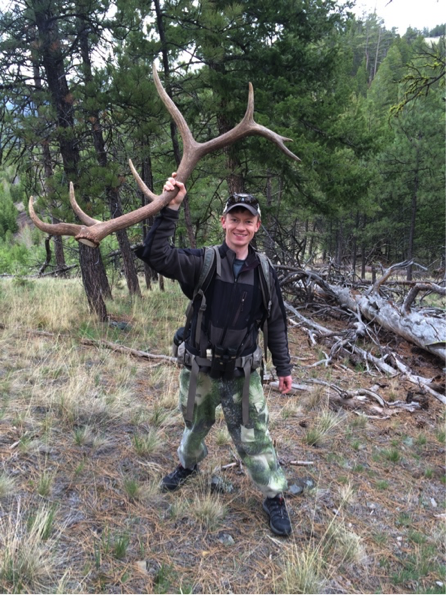 I had stumbled across antlers in the past, but I had never ventured into winter range intending to find them. Each year in late January and February, my friends and I would scan south-facing hillslopes with our binoculars. We ducked under scraggly mountain mahogany bushes to explore mule deer beds. Sometimes, we’d find a dark brown antler, freshly fallen from a buck. All the while, wildlife covered the hillsides.

Although I didn’t realize it then, nearly every time we hiked those snowy slopes, we were stressing the deer and elk. They had traveled there to eke out winter, and then we showed up, busting into their bedroom on a hunter’s version of an Easter egg hunt. On one occasion, my friends and I spooked an entire elk herd over a ridge. We weren’t doing them any favors. With this year’s deep snowpack at low-elevation, I’ve begun re-evaluating when it’s okay to start shed hunting.

In late February, MPG Ranch received 30 inches of snow. This created tough conditions for deer and elk. They fought to walk and find forage. Expecting significant winterkill, Craig Jourdonnais, our wildlife biologist at MPG, began documenting the condition of the animals. The young and old were in the worst shape. Many animals had muscle atrophy along their vertebrae and pelvises, others were dead. 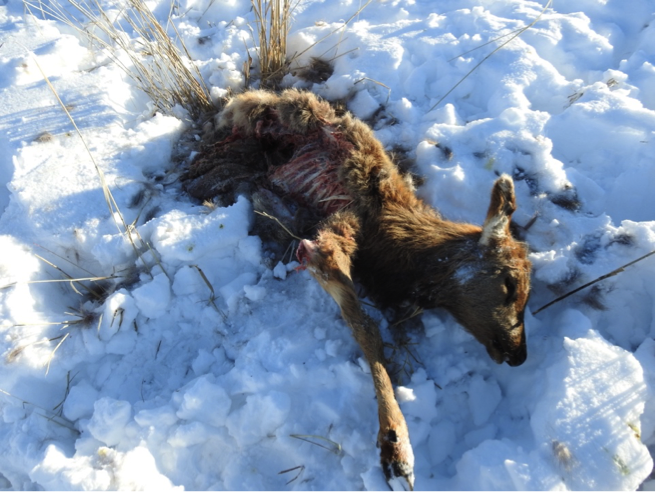 Craig witnessed deer and elk getting caught in fences; some took three warm up-jumps before even attempting to clear the top wire. They were weak. In the floodplain, white-tailed deer were postholing in shin-deep snow while coyotes sauntered on top, attacking the debilitated deer with ease.

Now it’s early April. The snow has been melting from the foothills, and green grasses are poking through the bare soil. Deer and elk can move more easily over the landscape and have better access to forage. Life should be easy now, right? No.

Craig surprised me recently. He said that, right now, high-quality forage is still scarce. Even if the animals stuff themselves with old and fresh growth, some individuals are at such a nutritional deficit they might not survive. Based on his previous work with GPS collared mule deer, he has seen malnourished animals expire through the end of April.

So, can we shed hunt yet? Well, not here, at least not yet. We’d prefer to see a sun-bleached antler laying on the hill rather than a rack of ribs. 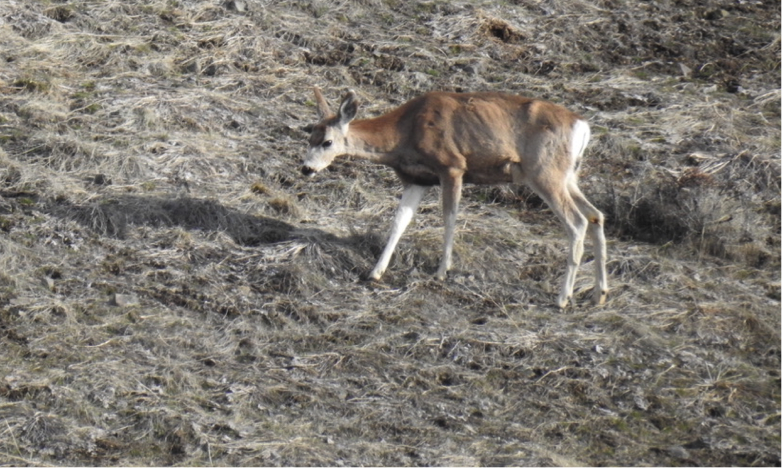