Suppose your horse slips on a patch of ice, breaks its neck, and dies. Now what? There’s fifteen hundred pounds of carcass sitting in your pasture that needs to be disposed of. The soil is frozen, so you’re not digging the poor thing a grave. Maybe a veterinarian would take it, but I don’t know, I’m more of a goldfish type of pet owner. What if you just left it for the birds? Don’t they deal with carcasses for free?

This happened in Stevensville where birds pecked a dead horse down to bones. At the height of scavenging, more than 30 bald eagles showed up. Watching that many bald eagles is not just patriotic, it shows how important human-provided carrion is to scavengers. The Fall 2018 issue of Montana Naturalist ran an article of mine about the topic. It frames the subject around Kate Stone’s research that recruited citizen scientists and private landowners to document scavengers in the Bitterroot Valley.

You can read the full story, including details about the unfortunate horse, by clicking this link https://www.montananaturalist.org/wp-content/uploads/Naturalist-Fall-18.pdf 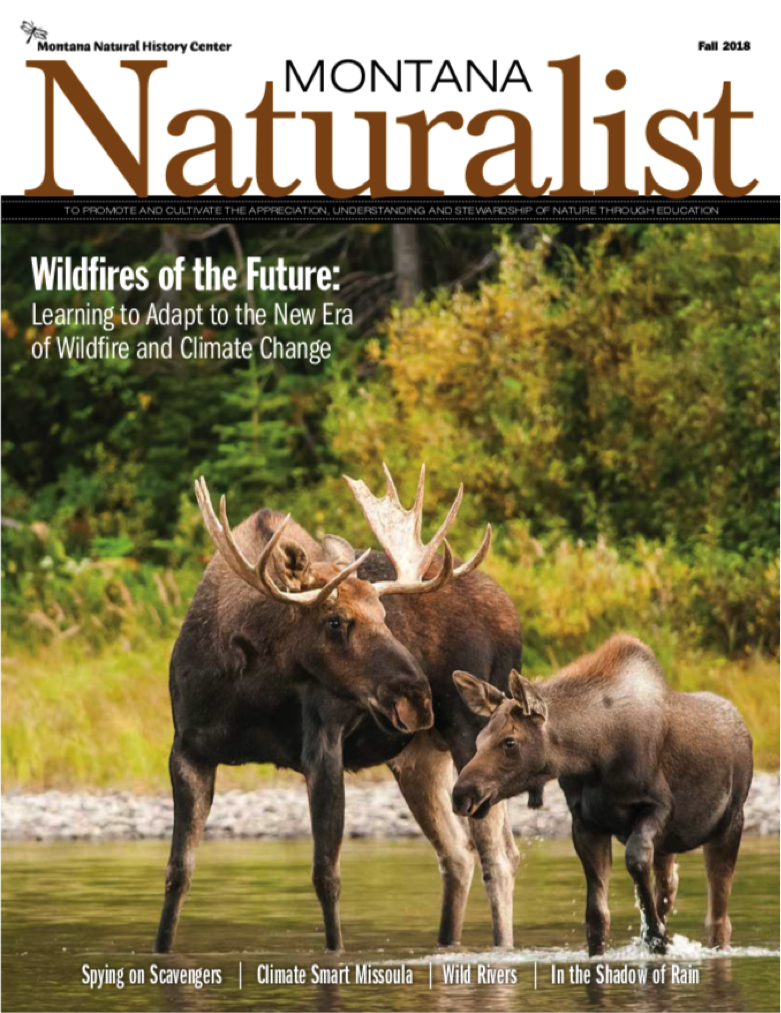 Mike often connects with the public through his writings and speaking engagements, whether it be to a local group of hunters, or a gymnasium full of middle schoolers. He frequently writes about the outdoors, with work appearing in The FlyFish Journal, Backcountry Journal, and Bugle. When he escapes the office, Mike explores wild landscapes with his family, always scanning the horizon for wildlife.