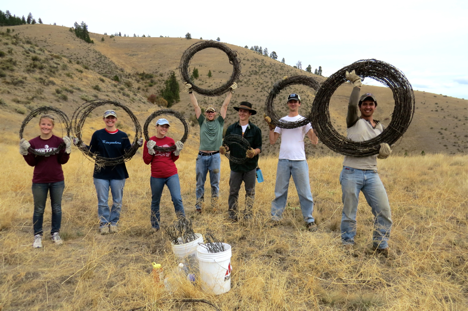 Volunteers removed fence from a steep drainage over the course of two Saturdays this fall. The groups visited on September 21st and October 19th. In total, they removed just over a half-mile of barbed wire and posts. Volunteers coiled and removed the wire along with the metal t-posts. Participants also stacked any remaining wood posts to create habitat structures for small mammals.

The steep terrain made the project difficult, but each group worked hard to get the job done. The work site was Whaley Draw, an area with intensive wildlife traffic near MPG’s southeastern border. The draw includes mule deer habitat, bear and lion corridors, and a steep slope used by the local elk herds. As the well worn paths clearly showed, the fence dictated the movements of wildlife. Now those corridors are free from obstruction.

On September 21st, volunteers removed fence from the gate between Whaley Draw and Tongue Creek. They worked west to east into the bottom of the drainage. 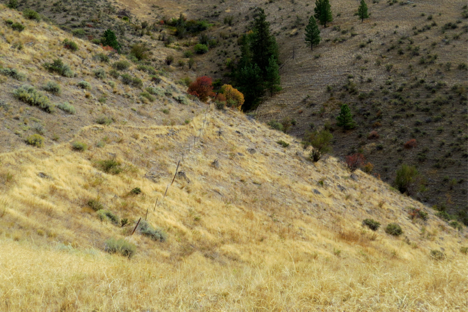 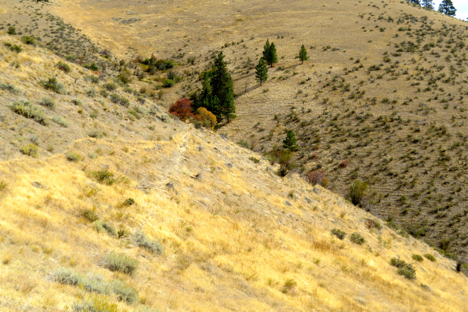 On October 19th, a second group of volunteers removed the remaining fence. They worked from the bottom of the drainage to the eastern boundary of the ranch. 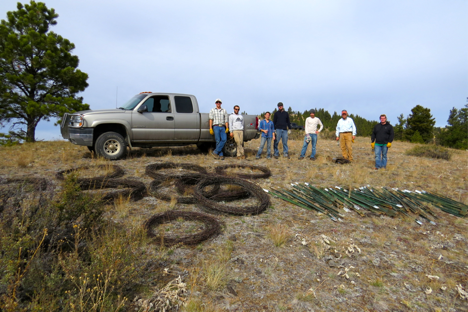 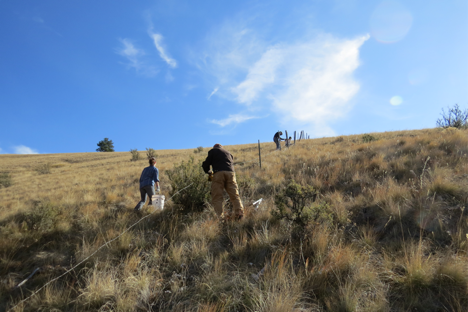 The terrain this day was steep, but volunteers did not mind. 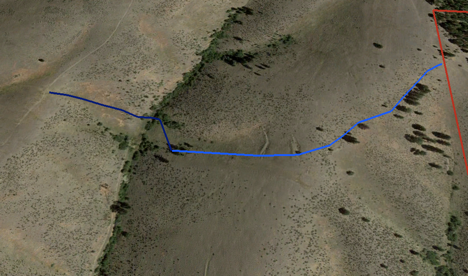