Research Methods:
satellite telemetry
Meet Ronda! She’s an adult Golden Eagle who calls the Bitterroot Mountains home. We banded her in February 2017 in the Sweathouse Creek drainage west of Victor, MT. Ronda received a satellite GPS transmitter that was sponsored by members of Bitterroot Audubon. Since 2011, we have deployed 14 transmitters for the Bitterroot Valley Winter Eagle Project. The goal of this project is to learn more about the behavior of eagles, which landscapes they use, and where they migrate.

We banded Ronda, an adult Golden Eagle, in 2017, when she received her solar-powered satellite GPS transmitter (right).

Transmitters must be tough enough to withstand the powerful hunting abilities of eagles and the extreme weather they encounter throughout the year. We attach the transmitters with a breakaway, backpack-style harness designed to wear out and fall off after a few years. If the eagle dislikes the unit, it can pick at the harness at the central breast patch, and both the transmitter and the harness will fall away. Under ideal conditions, transmitters capture up to 15 GPS locations per day and can signal for up to five years or more.

When we released Ronda, we didn’t know if she would migrate north like most of the eagles we’ve captured in winter or remain in the area. As spring progressed and other eagles migrated north, we continued detecting her in the valley, suggesting she stays here year-round. We next wondered if she might be breeding, so we looked to her movements for clues.

As the summer began, we noticed a couple of ridges of the Bitterroot Mountains that she frequented. In the early summer, Ronda favored the areas around Diablo Mountain on the Idaho side of the Bitterroots. In midsummer, her movements expanded to include the ridges between Blodgett and Roaring Lion Canyons, and when August arrived, she even explored the Bitterroot Valley floor. By the end of August and in September 2017, Ronda seemed to be in a wandering phase, often taking long flights to the Sapphires and back. Although we cannot confirm she was breeding without field observations, Ronda’s movements throughout the summer could be indicative of her holding a breeding territory. 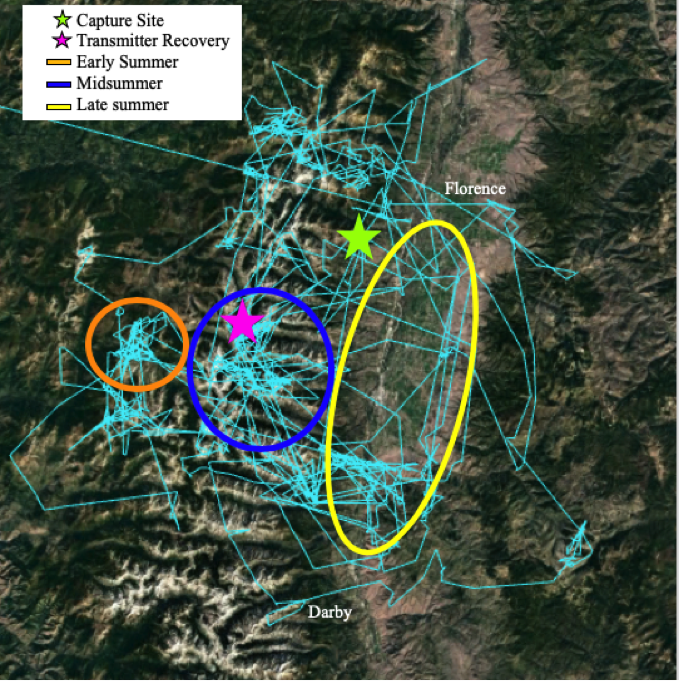 Ronda’s covered many miles in the summer of 2017.


On September 28, 2017, we stopped receiving data from the transmitter. The last GPS location we received was high on a ridge between the Fred Burr and Mill Creek drainages, just north of where Ronda spent most of her summer. Then, during the summer of 2018, we received a stationary stack of locations at the same place as before. The signal lasted only a few weeks before it stopped again. 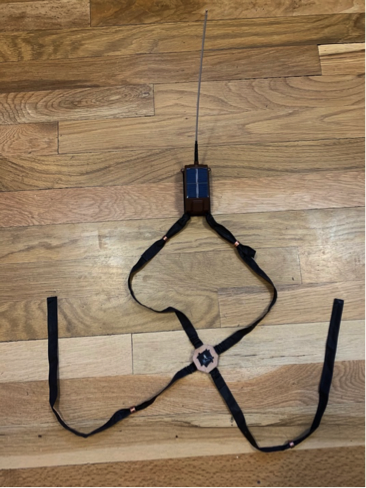 We use transmitters with a backpack harness that attach to an eagle.


We set out to recover the transmitter in the summer of 2019. A biologist from Raptor View Research Institute, Brian Busby, made the 14-mile trek into the backcountry to find it. He spent several hours combing the ridge and hillside around the stacked locations to no avail. Before he decided to leave empty-handed, he checked underneath the tallest snag that could provide a perch. 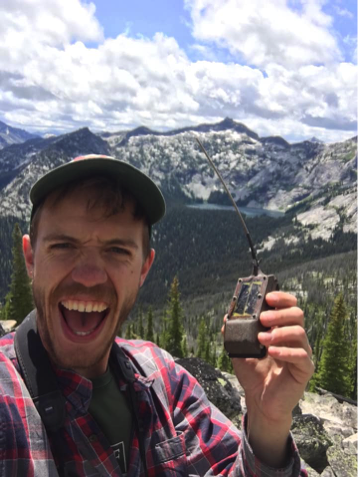 RVRI biologist Brian Busby holds the recovered transmitter from the ridge between the Fred Burr and Mill Creek drainages (above). The photo below shows the view from where he recovered the transmitter. 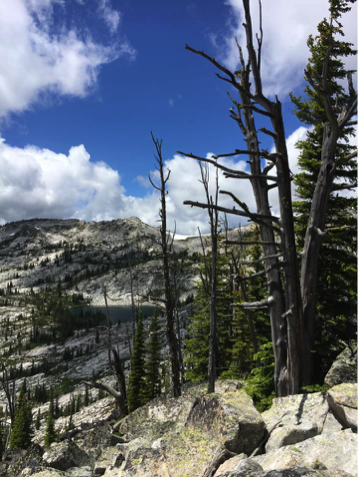 Success! The transmitter’s harness had broken, suggesting Ronda may have picked it off while sitting on the snag. Because Brian recovered the transmitter over a year and a half after the signal had dropped out, it’s possible Ronda died, and her body decomposed. Although, the lack of bones and feathers encourages us that Ronda continues to fly the drainages of the Bitterroot Mountains.

During the eight months of observation, Ronda traveled far and wide in the Bitterroot Valley, covering 1,200 square miles of ground from Lolo to Darby. She ventured deep into the Selway-Bitterroot Wilderness and into the valley proper, using a variety of mostly private lands. The extent of her movements highlights the importance of wilderness areas and protected lands that provide varied unbroken habitats.