Raptor View Research Institute’s eagle trapping efforts have captured interesting photographs of golden and bald eagles from new “carcass cameras”. Cameras allow the trapping crew to monitor eagle traps and to identify birds with wing tags. This past week, the trapping crew caught an exciting glimpse of a female golden eagle recently trapped and outfitted with a satellite transmitter. Trapping, handling, and the burden of a transmitter, did not keep her from returning to eat at the bait within days of her capture. 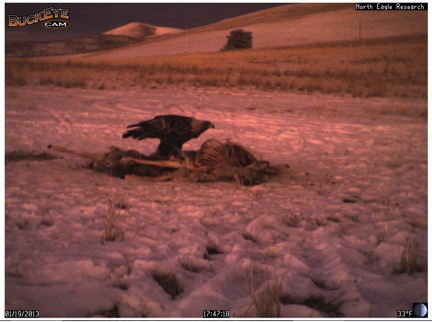 We’ve noticed many other creatures making use of the deer and elk carcasses, including this ghostly great horned owl. A great horned owl has snacked on the carcass over the course of several nights in the past week. 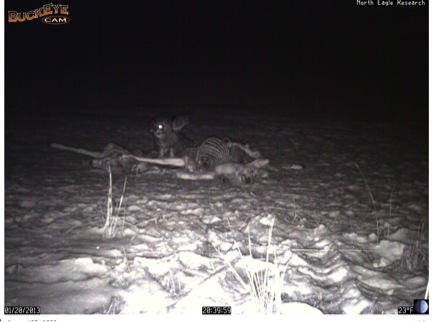 This picture appears to show both a golden eagle (foreground) and a great horned owl (background) at the carcass at the same time. What an uncommon combination! 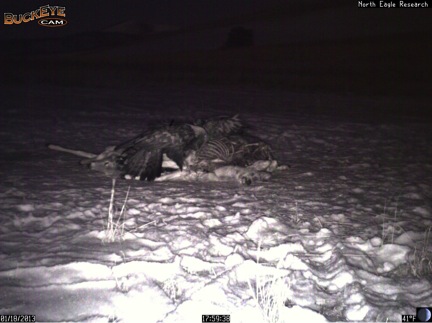 To see birds on the carcasses you can browse the Eagle Research gallery here.