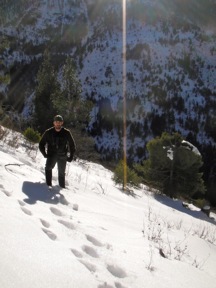 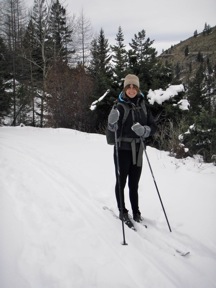 Over the course of two days, two hearty volunteers helped to track a young mountain lion in the Davis Creek drainage. We hiked and skied through thick brushy forest and open slopes of ponderosa. This small lion, which we presumed to be a dispersing juvenile based on track size and stride length, made its way from the thickly timbered south side of Davis Creek, crossed the creek and moved into the open hills of the north side of the Davis Creek drainage. We were able to collect a hair sample which will assist in the identification of individual lions as MPG works to map population density.

We first discovered the tracks along the creek, as they cut up the north slope and crossed a Forest Service road. The tracks were on the small side of average in the deeper snow, but with a stride length of only 32 inches, this was a small lion. On December 28th, Mike Sawaya, Alan Ramsey and I tracked a small female lion in Whaley Draw with a stride length of 34 inches. Based on Mike’s descriptions of stride length between male, female, and juvenile lions in December, we judged this individual to most likely be a dispersing juvenile. 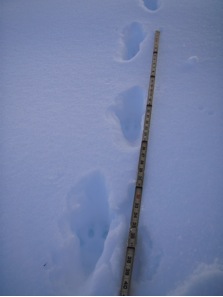 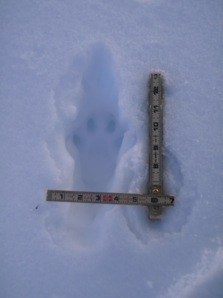 On January 21st, Ben and I hiked straight up towards spike camp from Davis Creek. It was steep terrain and the lion made use of every log it encountered to ease travel through the slick, thawing snow. The behavior became so predictable that it helped us to locate the trail where conditions made the tracks more difficult to follow. Where the track crossed a log, the cat always walked up it.

Once we crested the ridge and had a view of the Bitterroot Valley again, we saw both a forward track and a back track lead over the edge of the hill into a thick stand of forest. We followed to where it appeared the lion had bedded down before it continued along the ridge. 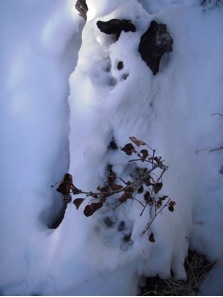 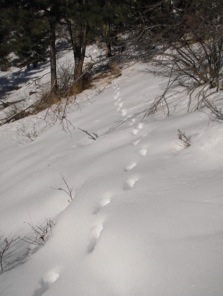 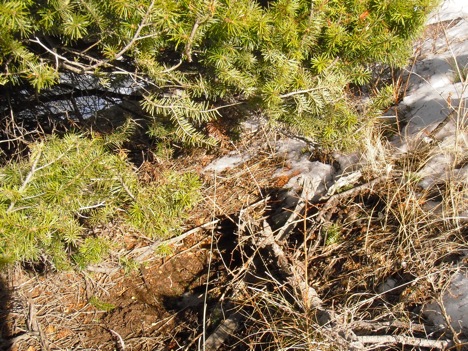 This photo shows a bed site. The area provided good cover, a wind break, and an excellent view.

The sun began to set over the Bitterroots as we looked back to where we parked the vehicle, so very far away from where we stood. We ended the day there on the ridge and made the long slow trudge back through the snow. 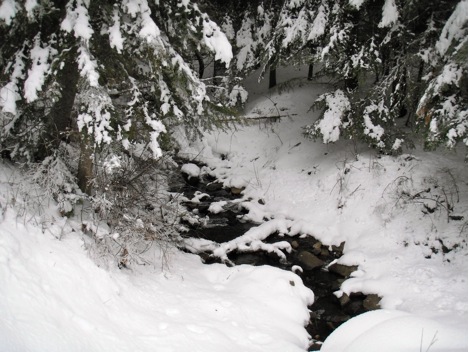 This photo shows Davis Creek where it flows under the ranch road into the Boondocks. 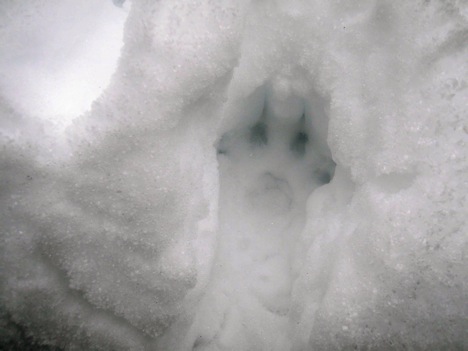 This photo shows a mountain lion track in deep snow, left as the lion stepped up onto a log. Note that the claws are plainly visible with the second and third toes but that they have registered above the toe imprint. This is common on slippery surfaces or when climbing. The claw registers higher than the toe imprint due to the claw normally resting above the toe pad when retracted. Compare this to a coyote, wolf, or dog where the claw is constantly present and registers deep in the track along with the toe pad.

It surprised Ali and I to find so many bed sites along the lion’s path. We speculated that the lion either sheltered at a number of suitable sites that it happened upon, or was familiar enough with the area to have used the sites regularly. The tracks we followed had not filled in with snow, so the lion passed during a period of good weather. It supported the hypothesis that the lion was potentially a dispersing juvenile if it felt the need to shelter often. It would seem to suggest a lion that is not entirely confident in its surroundings. 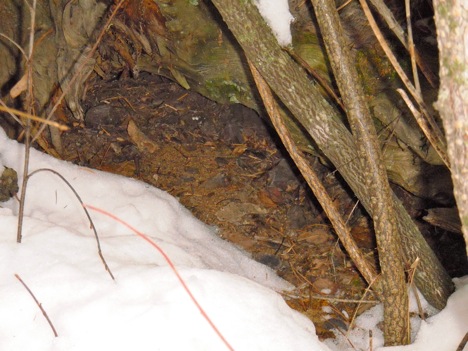 This photo shows a bed site along the north side of Davis Creek beneath thick underbrush. 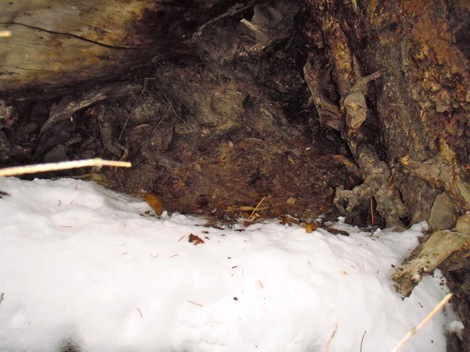 This photo shows a bed site on the south side of Davis Creek inside the rotted hollow of a rootball. There was a natural spring flowing from the hillside about 20 yards from the site.

After battling through the thick undergrowth along the creek and the southern slope, we were content to end the day at the final bed site by the spring. We collected the skis and made our way out. The sky was beautiful on the ski back to the vehicle. 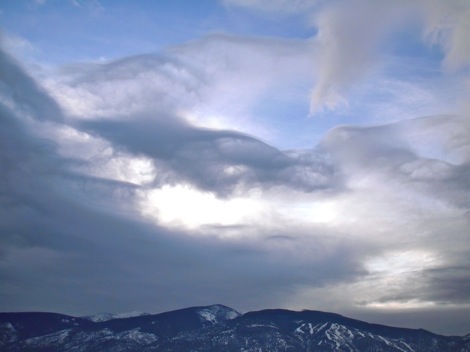 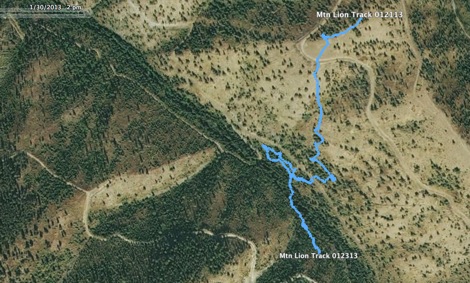 The blue line on the map indicates the mountain lion track.