We counted 343 raptors this week. Our season total is now 2098. Temperatures were above average, and skies were blue. Despite some north winds and cloud-less skies, there was a consistent flight. The first 2-3 hours in the morning were busy, as Mt. Baldy produced quick thermals. As the day progressed the flight became high and distant.

We are near the end of migration. Immature birds are moving through the area now. Young sharp-shinned hawks were passing in small groups. They accounted for nearly a third of our total this week. The red-tailed hawks we observed were also immature. There was a noticeable decrease in rough-legged hawks and ospreys.

We anticipate a slow decline of migrants in our last week of counts. We may have a few good days left. In general, all species of migrant birds seem to be a week late. As the rest of the small passerine species arrive, so will the birds that prey on them. Juvenile accipiters will, most likely, be the last of the hawks to finish out our season. 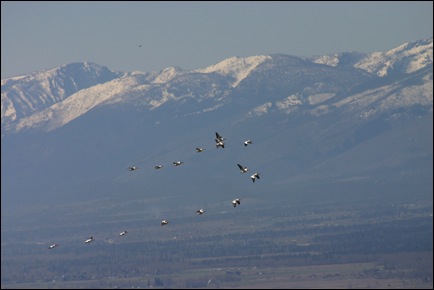 American white pelicans rise from the floodplain. Like raptors, they use thermals to migrate. 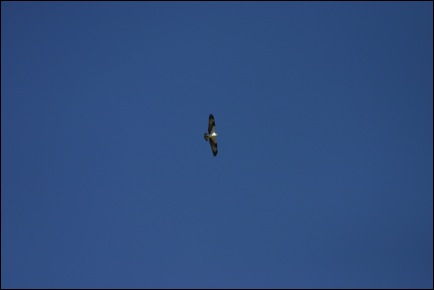