A Rare Sparrow Documented on the Ranch

On May 17, 2012, I discovered a black-throated sparrow. There are only ten reported observations in Montana. Two of those were in Missoula County, from 1968 and 1975. This male was singing from the tops of thick bitterbrush shrubs. It was still there when I returned three hours later to take photos. 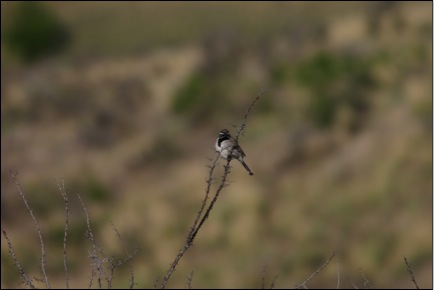 Black-throated sparrows breed south of Montana. There are a few populations in south-central Washington and central Oregon. Their main range is southern Idaho down through Nevada and Utah. 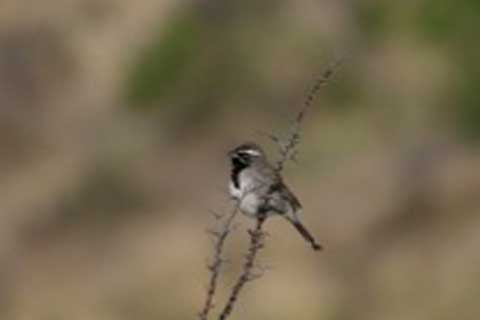 No evidence of breeding has occurred in Montana. Maybe he traveled with a female, or maybe he is singing in vain.