Digger Bees and their Cuckoos

Genus Anthophora (Digger Bees): If you notice large, hairy bees flitting around blooming shrubs in early spring, chances are that these are seeing digger bees in the genus Anthophora. Seventy species of Anthophora exist in the Unites States, mostly in the west. We’ve documented 8 species in this genus at MPG Ranch. Anthophora are robust bees that look and sound superficially like bumble bees (Image 1). Their legs have long, pollen-collecting hairs called scopae, which contribute to their fuzzy appearance. These bees are floral generalists and can pollinate deep flowers with their long tongues (Image 2). All of MPG’s Anthophora species are ground-nesters, except for A. terminalis, which excavates a nest in pithy stems. Many Anthophora overwinter as adults and emerge in spring. Although we have documented Anthophora species throughout our sampling season (May through September), most captures have occurred in May. 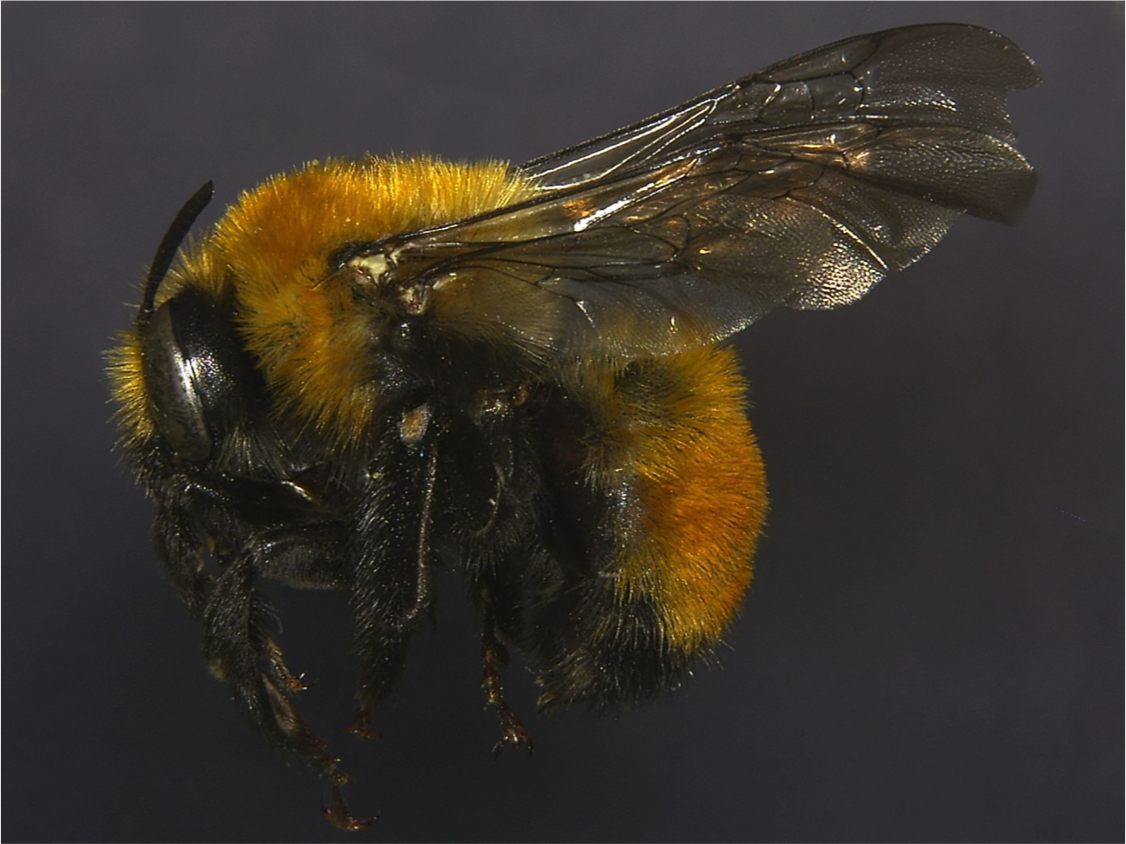 Image 1. The specific epithet of the digger bee Anthophora bomboides means “like a bumble bee”. 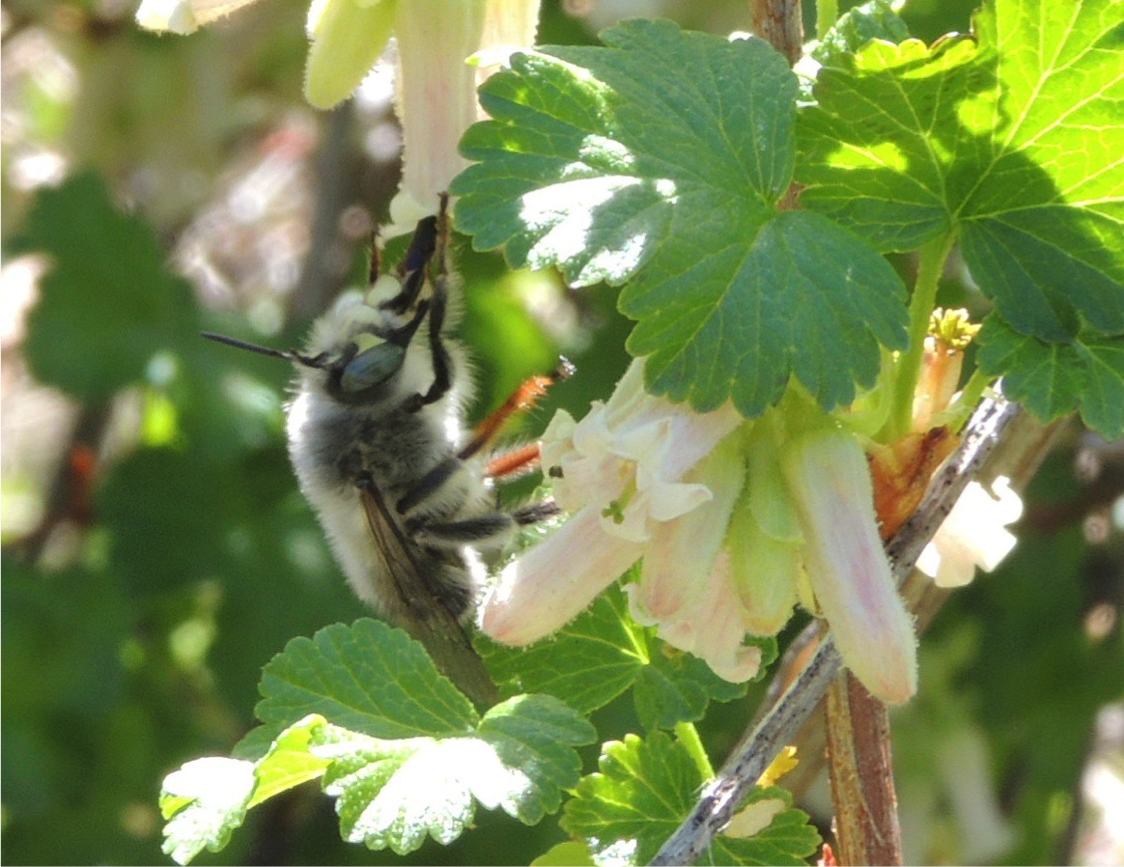 Like many bees, diggers collect pollen and nectar which they use to provision their nests. “Cuckoo bees” target and parasitize bees with this behavior. Cuckoo bees lay their eggs in the brood cells (“nests”) of other bees, stealing the food provisions that the “host” bee has left for its offspring. This type of food-stealing parasitism is referred to as “cleptoparasitism.” Often, the cleptoparasitic bee is closely related to the host bee. Such is the case with Anthophora and its cleptoparasite relatives in the genera Melecta and Xeromelecta.

Genus Melecta (Cuckoo Bees): We have captured 3 species of cuckoo bee in the genus Melecta at MPG Ranch. Melecta are black with a hairy thorax, and superficially resemble members of Anthophora, the digger bees, whose nests they parasitize (Images 3 and 4). Like other cleptoparasitic bees, Melecta bees lack pollen-collecting structures, such as scopae, because as parasites they have no need to provision a nest. Instead, the female Melecta breaks into the Anthophora’s brood cell, destroys the host’s egg, oviposits on the food mass in the cell, and then recloses the cell with secretion-moistened earth. These bees can be found in spring and early summer, which coincides with peak Anthophora activity. I observed two Melecta species (M. separata and M. pacifica) nectaring side-by-side with their Anthophora hosts on wax currant and Idaho gooseberry (Ribes aureum and R. irriguum). A video of this interaction appears at the end of this blog. 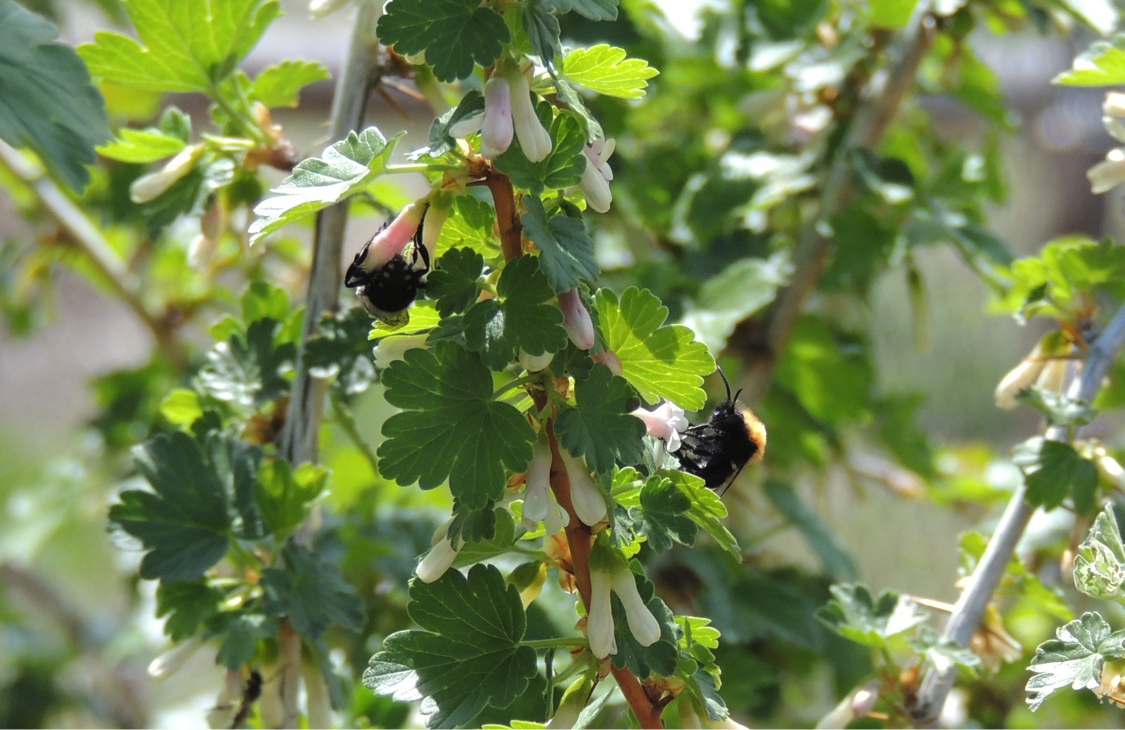 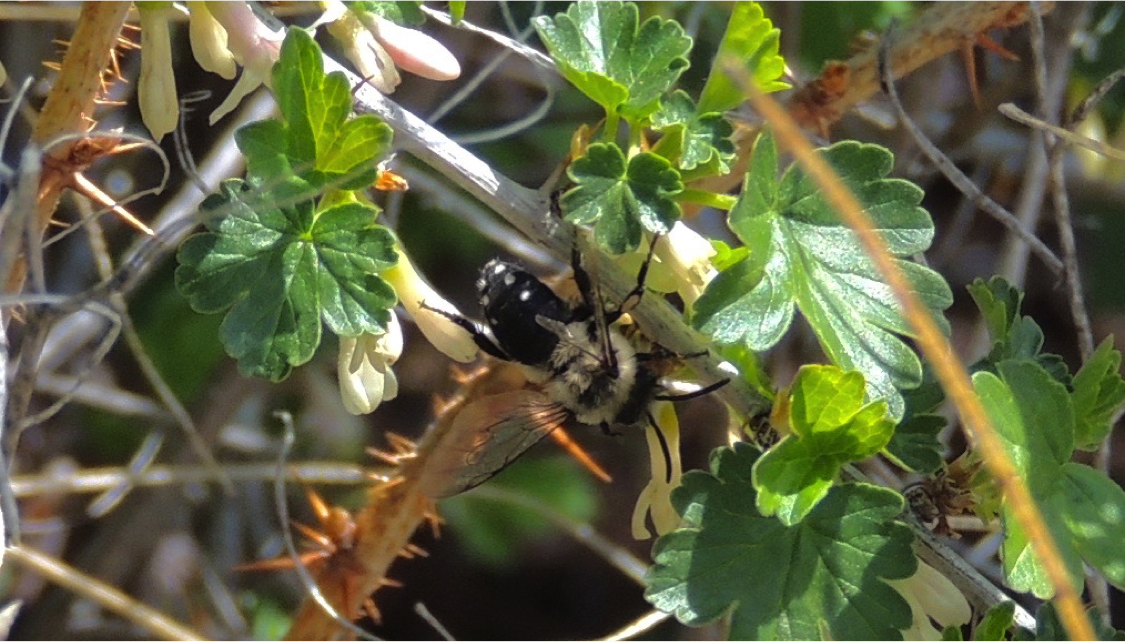 Genus Xeromelecta (Cuckoo Bees): Xeromelecta is an American genus of cleptoparasitic (nest-parasite) bees closely related to Melecta. Like Melecta, Xeromelecta parasitize Anthophora nests. Two years of sampling efforts turned up a single Xeromelecta individual at MPG Ranch; a female Xeromelecta californica (Image 5). This species’ known range includes British Columbia south to Baja California and Mexico, and east as far as Illinois and Wisconsin. Below is a photo of MPG’s lone specimen of this cuckoo bee. Notice the patches of light-colored hairs on her abdomen, and that her thorax is less furry than her Melecta relatives. 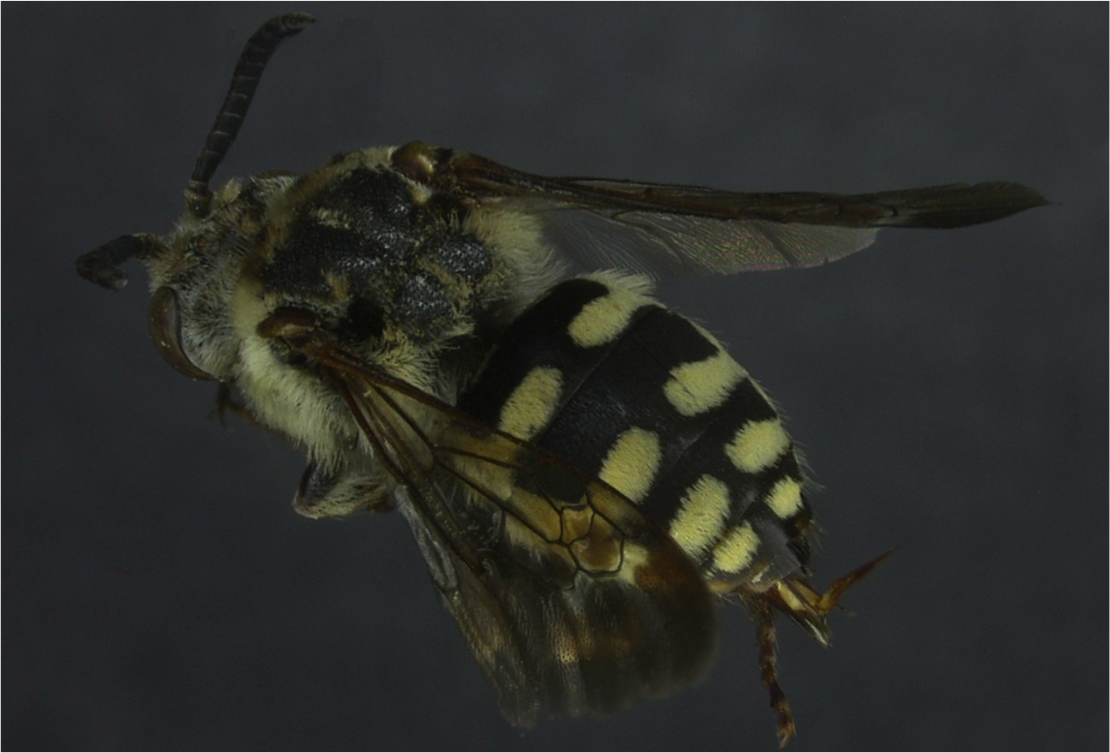 Image 5. This cuckoo bee, a female Xeromelecta californica, is the only member of this genus we have found at MPG Ranch.

Marirose graduated with a BA in biology with an emphasis in botanical science from the University of Montana, Missoula. She gained experience in botany working as a field technician for the Forest Service, non-profits, and the university. She has also worked as a lab technician in a salmon and trout genetics lab, and has organized environmental education classes for local homeschooled children.

Marirose works as a botanist for MPG Ranch where she performs vegetation surveys and conducts a pollinator monitoring program. She lives in a little hand-built cabin in the woods with her husband and their four young children who keep them very, very busy.

By: William Blake and Kate Stone