In human relationships, love triangles seldom work out. But in nature, there’s a love triangle that is working out. Each time a hunter leaves meat scraps or guts in the field, a scavenger shows up to share the hunter’s success. Maybe that relationship seems more like an ecological triangle than a love triangle, but scavengers love the guts and hunters love seeing the scavengers. That makes us feel warm and fuzzy. 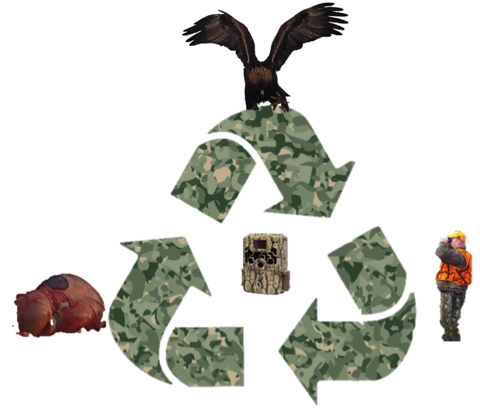 Last fall, we asked hunters to carry game cameras in the field as they hunted. If they left a gut pile, carcass, or butchering scraps, they could deploy the camera to see which scavengers they fed. We presented preliminary results in November, but since then, we’ve dug into the rest of the photos.

Before we bite into the results, if you would like to participate this upcoming fall, drop us a line at scavengers@mpgranch.com. We are relying on hunters like you to help push this research forward.

To offer a taste of what your gut pile might attract, here is a time lapse of a wolf pack feasting on the leftovers from a bull elk. 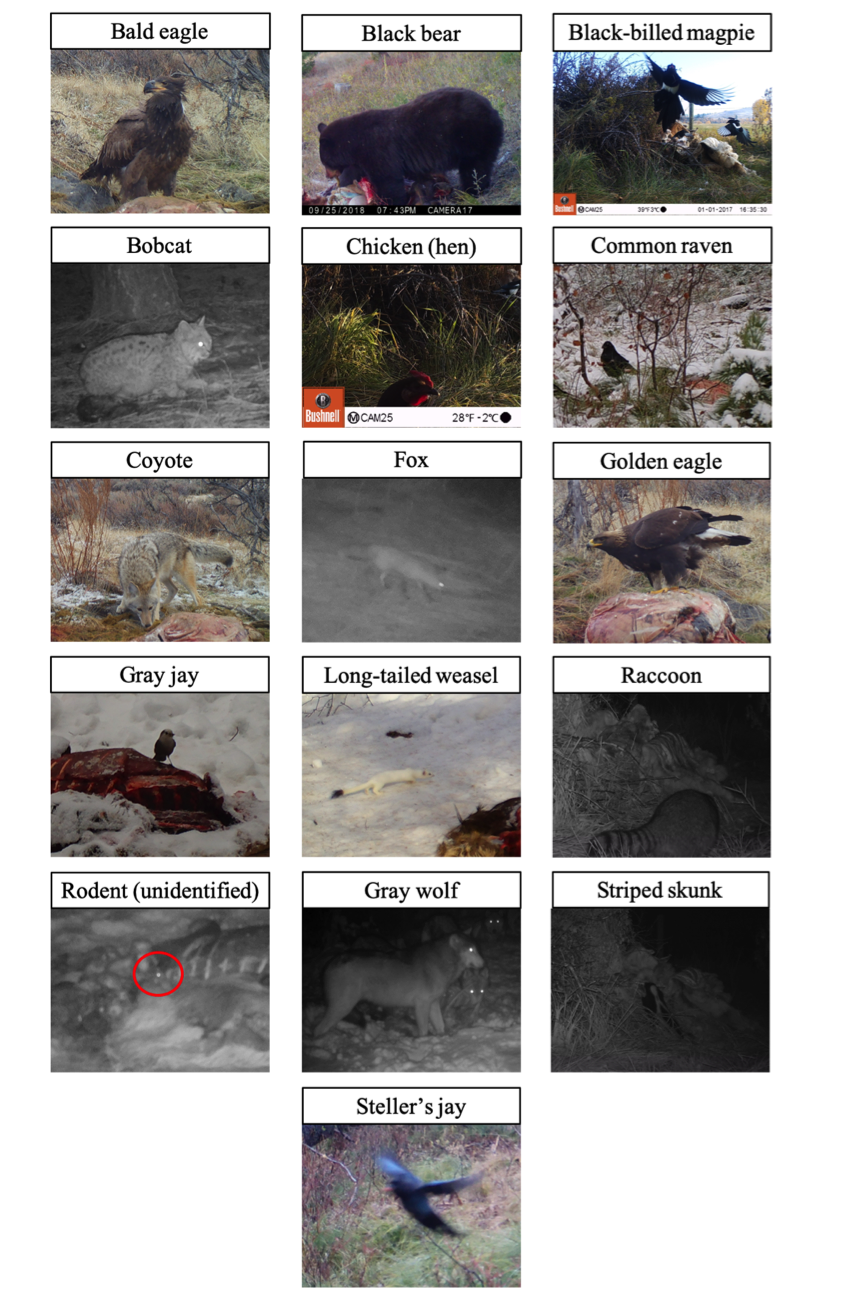 Scavengers fully consumed carrion in an average of six days after the camera deployment, although this time varied drastically. At two locations, scavengers ate the whole gut pile in one day. In the instance where the wolf pack appeared, the elk carcass lasted 17 days.

Butchering scraps were legally dumped twice. In one case, an antelope’s ribcage was left in the forest. Among the usual suspects that turned up, a black bear and several golden eagles made appearances too. In the second case, scraps were dumped in a backyard surrounded by pasture, where a hen chicken, racoons, and a skunk scavenged.

Scavengers often returned to the site of the carcasses after it had been fully consumed. Magpies poked their bills between grasses, potentially gleaning tiny nuggets of fat and scraps. Mammals investigated too. We saw coyotes, foxes, and a bear sniff the red-tinted soil. Several cameras remain in the field and will help us understand how long scavengers visit the sites after the carrion has been eaten.

Guts in Grasslands: A story of coyotes, magpies, and talon slinging

Gut piles that sat in grasslands always attracted coyotes and magpies. On one occasion, common ravens and a golden eagle appeared. The golden eagle ate a large portion of the liver before brawling with coyotes. When guts were left in sagebrush habitats, scavenger richness often increased, and we also saw golden and bald eagles, a black bear, and a fox. When we pooled data from grassland and sagebrush habitats, the average scavenger richness at each carcass was 2.6.

Gut piles and carcasses left in the forest tended to be visited by more species of scavengers than those left in grasslands. We observed an average of five species per carcass in forested areas. Game cameras in the forest caught species not detected elsewhere, including bobcats, gray and Steller’s jays, a long-tailed weasel, unidentified rodents, and gray wolves.

Two participating hunters became vigilantes. While sneaking through the woods, they found a pile of apples. They figured someone was illegally baiting deer and elk, so they strapped a game camera to a tree in hopes of photographing the lawbreaker. After they left, they called the local game warden. The warden already knew about the apples. In fact, he had set up a game camera there too! The hunters didn’t catch the apple dumper, but they did capture of a bull elk crunching into a Granny Smith. 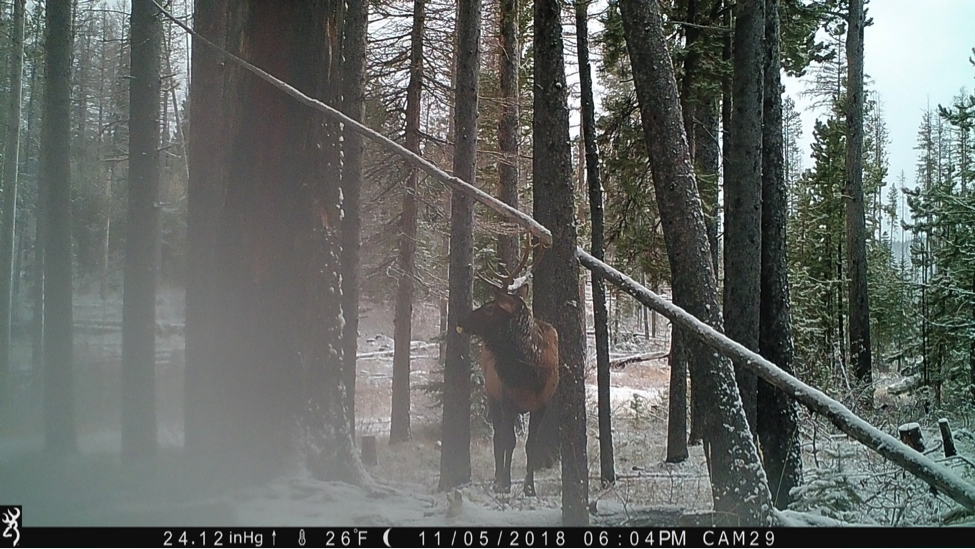 Elsewhere, a fellow Missoulian was hiking on a nearby mountain and found a dead mule deer. It appeared that a mountain lion had killed it. The hiker knew about our project (he was a hunter too), so he contacted us to see if we would be interested in monitoring the carcass with a game camera. The cat evaded the camera’s detection most of the time, but we did get one great video.

Remember, we’d love you to help us with this work. You can reach us at scavengers@mpgranch.com.

Can We Shed Hunt Yet?